Home Breaking News PICTURE OF THE WEEK | Marking 50 years of the ‘Spy in... 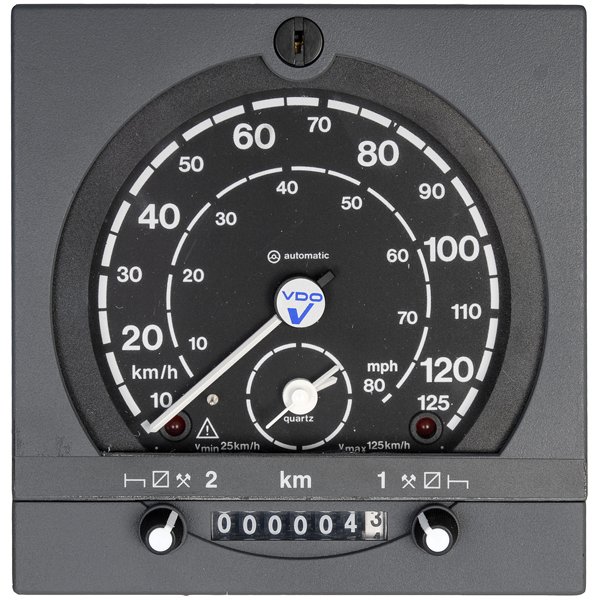 A lot happened in the World fifty years ago but one piece of technology changed the face of road transport in particular as Lucas Kienzle started business with the launch of new Drivers Hours legislation leading to a requirement for Tachographs to be built.

Fifty years ago, the world was facing its last year of the 1960s.  Much was happening in terms of technology which was moving at an ever-increasing pace with many extremely important milestones in the automotive world.One of the main milestones that affected Commercial Vehicle fleet operators and drivers was the introduction of legislation requiring HGV driver activities to be recorded, leading to tachographs being introduced into the market.

VDO Kienzle launched tachographs for the HGV market ensuring that the product and the installation network was up and running and technicians were fully trained following the legislation. Today the company is still driving change years later by moving from the original Analogue Tachograph, to Generation one (Digital) and now Generation two (smart tachograph) technology.

“It hasn’t been the tachograph product alone that has changed. We also had many company changes during the last fifty years from being owned by “Lucas” to then being owned by a number of global organisations; Mannesmann to start with, then Siemens AG for several years. The VDO brand was the brand that has stayed throughout all these changes and has now become an important brand of the Continental corporation since 2007 with that being the latest company take over.  VDO is still used widely throughout our product portfolio. Today the VDO brand is a central pillar of the Commercial Vehicle and Aftermarket Division within Continental and is represented worldwide with an extensive network of sales and service companies. Under the brand Continental, it is one of the world’s leading automotive suppliers” commented Paul Jennings, Managing Director of Continental Automotive UK and Ireland.