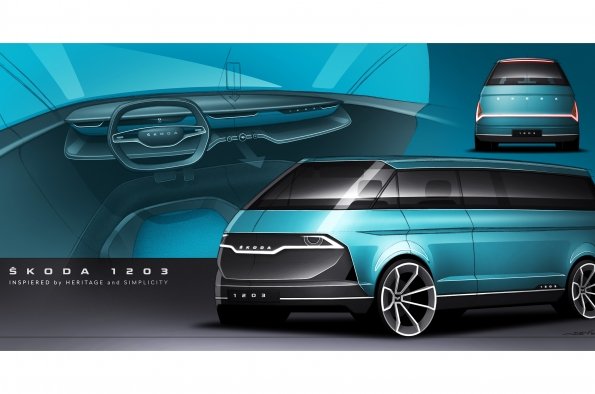 As part of ŠKODA’s 125th anniversary celebrations, a group of designers from across the brand have re-imagined classic models and repurposed them for the modern era. Now, the Škoda’s design team has unveiled images of a new project that aims to give the brand’s most iconic models a dramatic makeover.

While ŠKODA has earned itself a reputation for being one of the most forward-looking brands in the automotive industry, it also has a rich design history that dates back more than 125 years. During that period, the brand has created a vast array of iconic vehicles that have come to define the look and feel of Czech design.

A total of five classic ŠKODA models have been re-imagined with each model being a personal favourite of the designer responsible. They include vans and campervans.

One of the more interesting Škoda icons to get a dramatic makeover is the 1203 van, which has also been transformed into a 21st century campervan. The brainchild of ŠKODA interface designer Daniel Hájek, the 1203 formed the backbone of Czech industry through the 1970s, becoming the default choice for trade, Governments and the emergency services. Production ran from 1968 until the late 1990s. 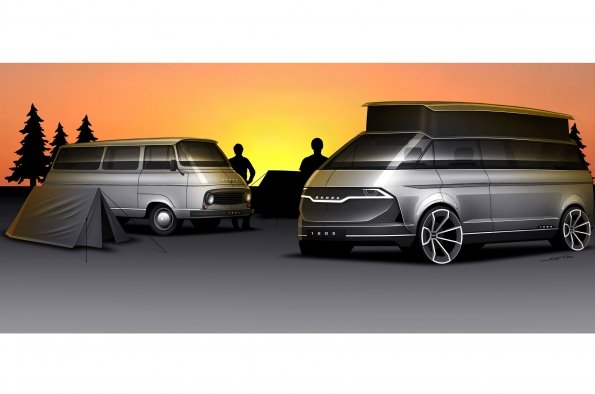 The 21st Century makeover features an electric drivetrain that allows for even greater space inside, along with a pop-up roof and all the practical touches that ŠKODA has become synonymous with.

In terms of exterior design, the 1203 Camper features a number of touches that combine old with new. “I thought long and hard about how to reference the original’s round lights without them being too retro,” explains Hájek. “That’s why there’s just a hint of some curves here, but otherwise the light signature is new and bold.”