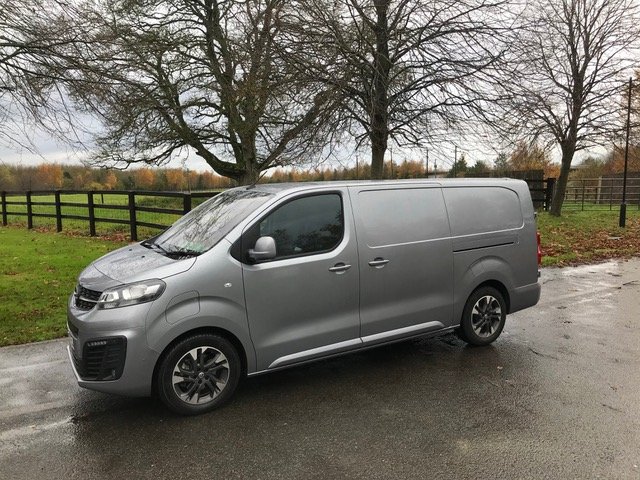 Opel Vivaro-e customers can choose between two sizes of lithium ion battery, depending on their needs: with 75kWh for up to 330km or, for those who have a less intensive daily use of their vehicle, with 50kWh and a range of up to 230 kilometres, both in the WLTP cycle. Regardless of battery-size, the Vivaro-e enables professionals to benefit from uncompromised door-to-door mobility well beyond the “last mile”.

With 100kW (136hp) and 260 Nm of torque from the electric propulsion system, the Vivaro-e offers higher performance than most electric commercial vehicles. The electronically controlled maximum speed of 130 km/h helps in preserving the electric range. A strong regenerative braking system, which recovers the energy produced through deceleration and light braking, further increases efficiency.

The battery pack located under the load compartment additionally lowers the centre of gravity, which benefits the cornering and wind stability of the Vivaro-e even when it is fully loaded, while also contributing to higher driving pleasure.

Along the urban and rural route taken on the inaugural test drive around the Dublin region proved most enjoyable. Acceleration was instant and gear change seamless. The overall experience was further enhanced by the silence and smoothness of the Vivaro-e’s overall performance. Visibility has been improved with the addition of a blind spot warning system from the exterior mirrors.

Using a 100kW DC public charging station, charging of the 50kWh battery to 80 per cent state-of-charge takes around only 30 minutes (around 45 minutes for the 75kWh battery).

For the Irish market initially, the Opel Vivaro-e comes in 2 lengths, referred to as L1H1 and L2H1, and the aforementioned battery capaciti

Key data is as follows: