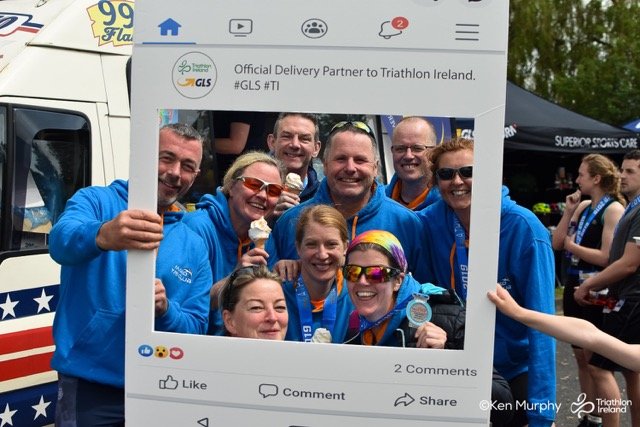 GLS Ireland has continued its support of Triathlon Ireland by functioning as official delivery partner. During the summer, GLS will be present at all five Triathlon Ireland events. The opening event TriAthy in Athy, Co. Kildare, attended by around 2,000 athletes, was already a great success. This marks the third year of GLS’ sponsorship commitment.

“GLS Ireland is committed to help create a healthier Ireland,” says Andreas Rickert, Managing Director of GLS Ireland. “The people at Triathlon Ireland are doing a great job raising awareness for health and fitness issues in the country. Their success lies in encouraging the Irish to get active and we are proud to support them once again.”

“We are happy that GLS has committed to the sponsorship until 2020, the year of the next summer Olympics in Tokyo. While we work to get triathletes of all levels involved, one of our goals is to enable talented athletes to develop their full potential,” says Chris Kitchen, CEO of Triathlon Ireland. “GLS and our organisation have a shared interest improving the fitness of the Irish overall, but we also see the value in supporting professional athletes.”