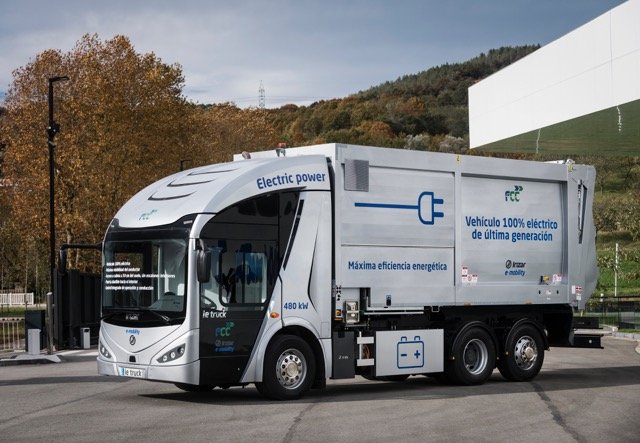 At the 2019 Smart City Expo World Congress, the Irizar ie truck won the World Smart City award in the Innovative Idea category for its qualities of accessible mobility, versatility and high energy efficiency for an urban service vehicle. The award was given to the FCC Medio Ambiente company, which presented this project.

The Irizar ie truck is 100% electric and developed by a consortium led by the Irizar Group and FCC Medio Ambiente. The truck has permanent electric drive, it can be plugged in and has high-energy batteries. It has a low entry cab that is pushed forward and is applicable to all urban service functions. In addition, it is economical because of its industrial development.

Because of its modularity, which makes it applicable for all types of functionality, and due to the durability of its components and the permanent electric drive technology, this chassis provides city authorities with the electric vehicle of the future in an accessible way. The first platform application, which is already operational, has a lateral load chassis for collecting waste, which means there can be a complete 100% electric service (zero emission vehicle ZEV), with the same performance as a conventional engine but with around 50% of the energy consumption and a drastic reduction of noise, pollution and CO2emissions.

If necessary, it can be equipped with an auxiliary CNG engine, which recharges batteries at a constant rate with minimal energy consumption and emissions. It can also be designed as completely electric or powered by a fuel cell. For a fleet of  approximately 30,000 heavy diesel vehicles there would be an annual reduction in the carbon footprint of nearly one million equivalent tons of CO2 and more than 9000 GWh of energy consumptions savings.