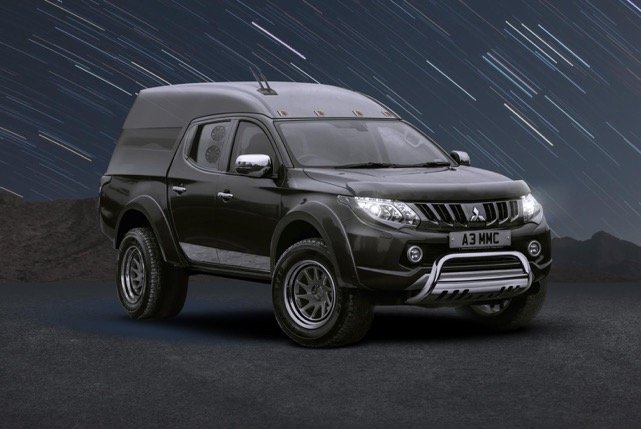 Designed by Joanne Tulloch, Sales Administrator at Livery Dole Mitsubishi in Exeter, the Mitsubishi L200 eSports concept receives a number of major modifications including a high-roof gaming zone which houses large screens, gaming equipment and sundry equipment, along with bespoke seating and lighting, a refreshment bar and high-power audio system. The vehicle is also equipped with chunky off-road wheels and tyres along with numerous other exterior finishing touches.

The ‘Truck King Battle’ was fought out between competing Mitsubishi dealers. All UK dealer staff members were given the opportunity to get creative and design their dream Mitsubishi L200, with the five best designs turned into realistic renderings which were then posted across Mitsubishi Motors in the UK’s social media channels.

Overall winner Joanne Tulloch, Sales Administrator, Livery Dole Mitsubishi said: “I am so proud that my design was chosen for the final five, let alone driving the highest engagement levels on social media. The design was inspired by my husband and family, we are all gamers and the design reflects what our ultimate Mitsubishi L200 would look like. I am so excited to see the final truck, I can’t wait.” 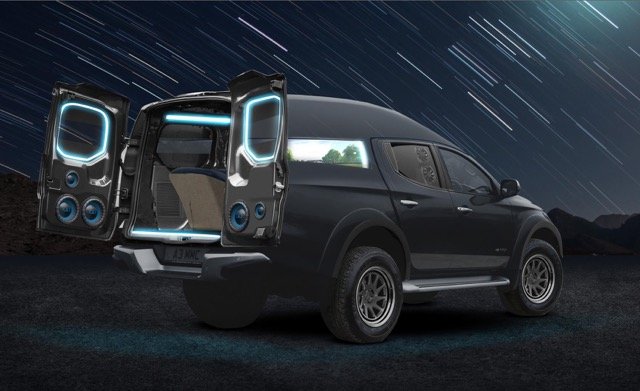 The winning design will now form the inspiration for a bespoke one-off show truck, due to be unveiled at the Commercial Vehicle (CV) Show at the NEC in Birmingham, April 30 – May 2 2019.