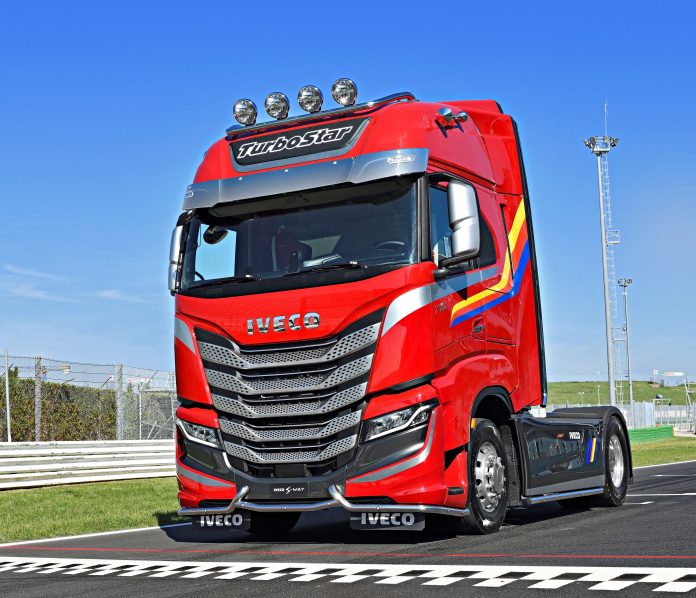 At the 2021 Italian FIA European Truck Racing Championship (ETRC) races, held at the Misano Adriatico Circuit, IVECO presented the S-WAY TurboStar Special Edition, dedicated to the legacy of the TurboStar, one of the most iconic, legendary and innovative trucks ever built, which has since made history and is now set to make its mark on the future. This best-seller had unparalleled performance was the pride and joy not only of the brand, but also of all of those who have had the pleasure of driving such a legend.

Commenting on the creation of this limited edition, Alessandro Massimino, Head of Marketing & Product Management Truck Business Unit, stated: “This special edition of the IVECO S-WAY pays homage to a true icon of the past, the TurboStar. With its powerful engine range that included a 420-hp V8 engine, the TurboStar was the vehicle of choice for over 50,000 customers in the 1980s. It made its mark on the roads across Europe and was among the first trucks to race in the 24 Hours of Le Mans. We created the Special Edition to bring to our customers this rich heritage combined with our brand’s unrivalled capacity to innovate as embodied in the IVECO S-WAY, and testifies to the team spirit that has always set us apart.”

The styling of the Eighties’ icon has been reinterpreted and modernised, using the two-tone TurboStar red and metallic grey colours. Along the cab, the classic IVECO colours from the era – yellow, red and blue – have been used to evocative effect, adapted to the shape of the IVECO S-WAY.

A range of accessories available on vehicles of the original TurboStar’s era have been given a new lease of life to pay tribute to the Turbo range. They include chrome bars on rear parts of the cab and below the underbody at the side, as well as chrome-plated wheel rims and door handles. The rear window grille, which had been specifically designed to provide more light inside the TurboStar, has been recreated on the cab’s side wall. The special edition of the IVECO S-WAY features enhancements such as metallic effects on the front grille and on the rear-view mirrors, a bull bar on the bumpers and one on the roof with additional lights, perfectly combining the heritage of the TurboStar and the IVECO S-WAY phenomenon.

The vintage feel of the original TurboStar makes a reappearance in the interior too, updated with a modern interpretation. The seats are upholstered in velvet, the same material used in the original TurboStar; the stylish red perfectly matches the colour scheme of the exterior, and the seats are finished with light grey seams. Inserts on dashboard evoke memories of the original logo, which can be found embroidered on the seats, cushions and mattress, and is also seen in the satin chrome of the glove compartment.

In 1982, prototypes of the TurboStar drover their first laps on the IVECO track in Markbronn (Ulm, Germany), in Finland (Ivalo) and on the track at Nardò (Lecce, Italy). Launched as a successor to the Iveco Turbo series in 1984 in Strasbourg, the TurboStar was the ideal vehicle for long-haul transport with an entirely redesigned chassis. The cab was focused on comfort and featured solutions derived from a special edition model of the early Eighties, the “190.38 Special”. The grey plastic grille covering the side window of the rear cab and the two aerodynamic side deflectors were also features specific to the TurboStar. Following the official launch, the iconic and decorative three-band stripes were added to the design.

The first TurboStar range included a “six-cylinder” model (the “190.33”, later replaced by a “36”) and a “V8” (“190.42”). In the late Eighties, the duo became a trio with the addition of the “190.48”, the most powerful of the standard “T-range” models. In 1992, the “190.48 Special HP” was introduced in the market, with the technical content and standard high specifications, which included special decorative features and leather upholstery. 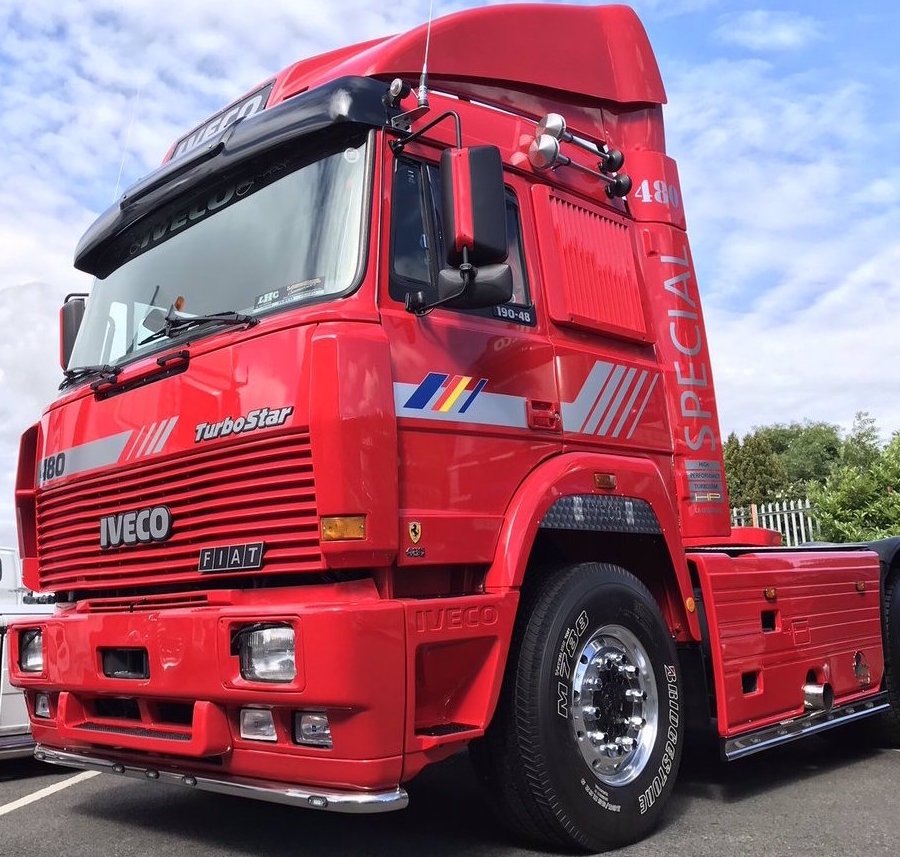