Home Breaking News PICTURE OF THE WEEK : Surehaul goes to from top to bottom... 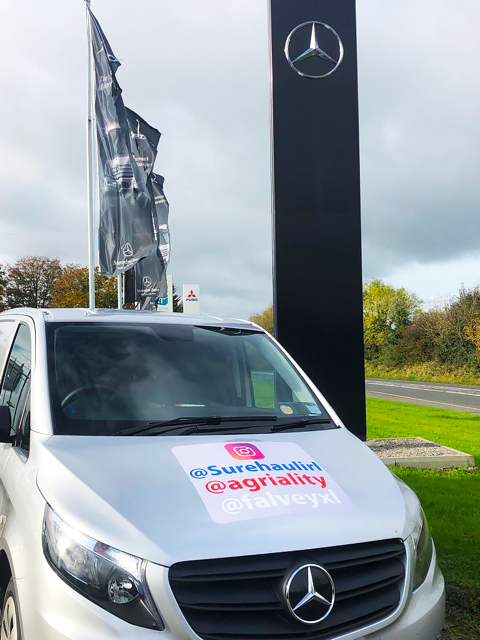 Spearheading the venture was local man Peter Falvey, who raised over €6,500 by riding a moped the length of Ireland, from Mizen Head to Malin Head, dressed as well-known Toy Story character Buzz Lightyear.

In supporting the endeavour, which their sales manager Willie Lawrence described as a ‘challenging and hugely worthy undertaking’, Surehaul provided a Mercedes-Benz Vito van to Peter’s volunteer team, which accompanied him as a support vehicle on his journey.