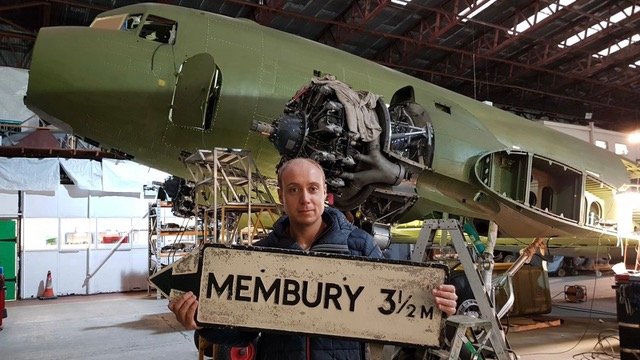 A USAAF C-47 Troop Carrier aircraft that played a key role in what is probably the most significant logistical operation ever undertaken – World War II D-Day landings ­– is set to take to the skies once again, thanks to leading e-commerce order fulfilment specialist, Walker Logistics. Of course, the Blacksod Lighthouse on the west coast in County Mayo played a significant role in the exercise, delaying the action by one day by forecasting bad weather coming in from the Atlantic.

The C-47 – christened ‘Night Fright’ – flew in every major airborne operation of WWII from an airfield at Membury, Berkshire – where Walker Logistics is based.

“Membury was the departure point for hundreds of American troops heading for Normandy to take part in the D-Day landings and the C-47 in particular was synonymous with Membury,” said Walker Logistics’ head of marketing, Charlie Walker

Initially Walker Logistics set out to find a wartime plane that had flown from Membury that could stand as a monument at the gates of the airfield to commemorate the role that the village had played in World War II.

But after ‘Night Fright’ was discovered in a scrap yard in Arkansas the plan quickly changed and it was decided to completely restore the plane and return it to flying condition.

A qualified pilot, Charlie Walker has been at the heart of the project and his passion for history and aviation – along with no small amount of hard work and determination – has been key to delivering what Walker hope will be “the most authentic flying C-47 anywhere in the world.”

Walker Logistics is also funding the development of a hangar to house ‘Night Fright’ as well as a museum building to display a collection of artefacts and memorabilia.

“We want to help educate all age groups about the history of Membury and the surrounding area during the Second World War: it’s about honouring past generations and educating future ones. Corporate social responsibility is high on Walker’s agenda and we feel that this unique project is an excellent way of paying homage to Membury’ s past as we build for its future prosperity,” concluded Charlie.