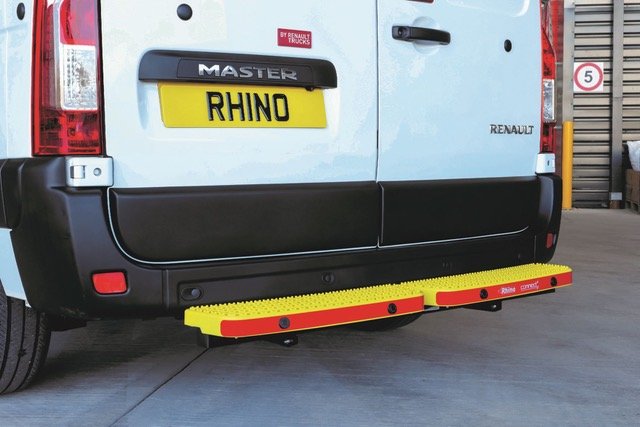 Rhino Products, one of Europe’s leading manufacturers of commercial vehicle accessories, has launched its extremely popular rear step parking sensor integration product, Connect+, for the Renault Master and Opel/Vauxhall Vivaro platforms. Rear vehicle steps are an important accessory for many van uses, providing a safe and secure platform to enter the vehicle, as well as access the roof.

Reversing sensors for commercial vehicles have long been an expectation for many years now, however making alterations to introduce an external step with parking detection technology has previously been a time-consuming process, often requiring specialist knowledge, complicated rewiring and of course, added expenditure. 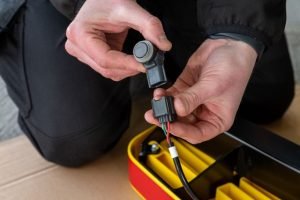 Connect+ neatly solves this problem by integrating each OEM sensor into the step via a simple ‘plug and play’ cable. The process could not be simpler, the existing (OEM) sensors are removed from the van, before reconnecting these sensors directly into the Rhino Products step. The wiring loom is then reconnected into the vehicle, and blanking plugs are provided to fill the space where the OEM sensors were previously located. The vans sensors then work as normal, with the added reassurance that the step at the rear of the vehicle is also protected when reversing.

Having already proved to be a hugely popular solution for modern commercial vehicles, Connect+ is now available for Rhino’s AccessStep, TowStep and TowStep Duo range, for a new and much larger selection of Europe’s most popular LCV variants. This new announcement means that Connect+ is available for the Renault Master, Nissan NV400, Vauxhall Movano, as well as the Opel/Vauxhall Vivaro, Citroën Dispatch, Fiat Scudo, Peugeot Expert, and Toyota Proace.