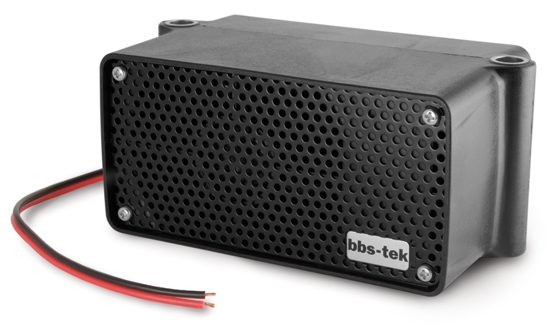 Every week, reversing incidents seriously injure or claim the lives of thousands of people across the world. Many of the victims involved are either children or elderly pedestrians with more than half hit by HGVs. Additionally, reversing incidents account for a quarter of deaths in the workplace and 90% of these occur off-road in loading bays, truck parks, quarry sites and warehouses.

There’s no question that for vulnerable road users, and those working on work sites, reversing vehicles pose a danger. The rear blind spot is a huge problem regardless of the vehicle or machine and is one of the main causes of reversing incidents.

Traditional ‘beep beep’ alarms were first introduced to Europe in the 1970s. The potential for these alarms to save lives was quickly recognised. In 1979 in the US, the Occupational Safety and Health Administration (OSHA) made reversing alarms compulsory on large construction vehicles.

Reversing alarms provided a vital step forward in road and workplace safety, yet over time they have been shown to have various inherent issues. These include noise pollution and the associated disturbances, and the overall safety credentials of the traditional ‘beep beep’ system, which can be unreliable, confusing and often ignored.

Emily Hardy, a vehicle safety expert at Brigade Electronics, explains how the company worked to solve this issue. She said: “Research has shown that pedestrians had become so used to the sound of traditional tonal ‘beep beep’ alarms that they weren’t hearing them. It was also discovered that drivers tended to lose the perception of responsibility for being vigilant behind the wheel, relying too heavily on their alarms for avoiding collisions. At Brigade, we worked to create an alternative alarm in the form of ‘white sound’.”

Created using broadband technology, the alarm called bbs-tek White Sound emits a ‘ssh-ssh’ sound, similar to breaking waves, that’s highly directional, gentler on the ear and easier for pedestrians to pinpoint. It’s estimated that this innovation has helped to save thousands of lives since being introduced in 2001. It is also currently the only reversing alarm to receive a coveted Quiet Mark award from The Noise Abatement Society – the only international mark of approval for low-noise technology.

One company which has benefited from fitting commercial vehicle safety systems to its fleet of concrete mixing trucks is Lafarge. With road incidents being a significant concern for the construction industry, the company took progressive action to ensure its cement mixers were fitted with cutting edge vehicle safety technology to prevent road and site incidents.

As well as bbs-tek, Lafarge also installed Brigade’s Backeye360 – an intelligent camera monitoring system that eliminates blind spots by providing a complete surround view of all four sides of a vehicle.

Othmane Jennane, Président of Trans Route Béton, which installed Brigade’s technology onto Lafarge’s vehicles, said: “With just one look, drivers have a complete surround view of the vehicle without any blind spots and the added peace of mind that pedestrians will also be warned by the white sound alarm. It provides absolute safety.”

While ‘beep beep’ reversing alarms are still widely used across the globe, operators are being encouraged to consider replacing these with the improved multi-frequency version. Emily, added:

“The benefits of white sound for road and workplace vehicle safety are manifold and proven to save lives.”