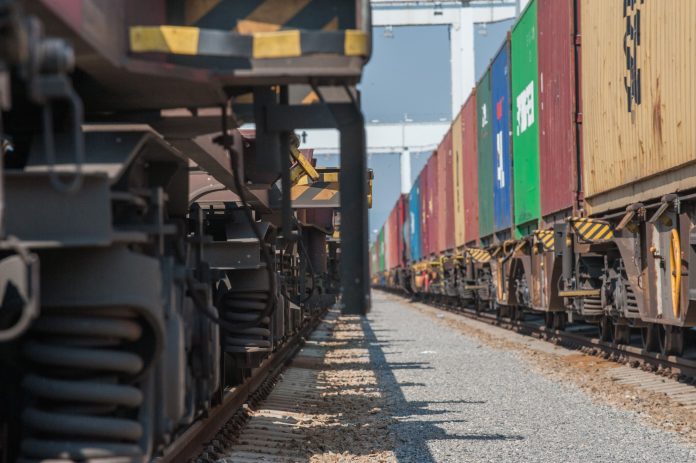 The Committee heard from West on Track representatives Peter Feeney and Colmán Ó Raghallaigh, who were accompanied by Mike Devane of the Atlantic Economic Corridor Business Forum. Reminding the Committee of the support expressed for the Western Rail Corridor recently by both An Taoiseach and Minister Ryan, Colmán Ó Raghallaigh said, “We now look forward to seeing these unequivocal declarations of support reflected in the findings of Arup.”

Responding to a question from Green Party TD, Steven Matthews, Peter Feeney confirmed that the County Councils of Mayo and Galway were fully committed to the concept of Transport Orientated Development and that housing development in places like Athenry, Tuam and Claremorris was prioritized near the central core which included the railway stations.

Deputy Alan Dillon compared the restoration of the WRC to the building of Ireland West Airport and reminded the Committee of a cost-benefit analysis at that time that predicted only 8,000 people would use the airport. “Prior to Covid, the actual figure was almost a million,” he said. He expressed frustration that the recently published Iarnród Éireann freight strategy had omitted the direct WRC rail link to the southern ports from the map and observed that sending Mayo rail freight to ports such as Foynes via the greater Dublin area made no sense.

Deputy Rose Conway Walsh was informed by Colmán Ó Raghallaigh that the rail project was “shovel ready” and could be completed in three to four years at a cost of €154m. Noting that Dublin would be the biggest beneficiary of balanced regional development he said, “It is no longer acceptable that we would educate our young people in the west and northwest in order to then hand them a ticket to go and live in Dublin. We need to keep our young people in our region if we are to redress the decline that the EU confirmed in January 2021, when it declared that the Northern and Western Region had regressed from ‘Developed Region’ to ‘Region in Transition’ status.”

Mike Devane said that the population of the west was being “hollowed out” by the lack of balanced regional development and emphasized that a fully functioning Atlantic Economic Corridor could only be realized by the provision of proper infrastructure beginning with the urgent utilisation of existing assets such as the rail corridor. This was a decision that now needed to be taken by those present and all the elected members of the Oireachtas.