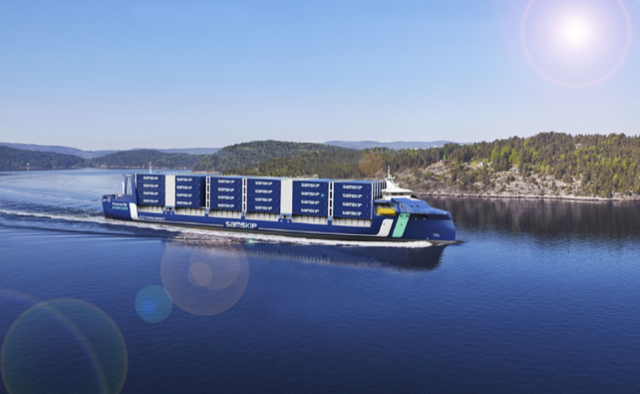 Introducing the webinar, he said: “As the global climate change crisis looms ever larger on our horizon the need for root and branch changes in how we live, travel, and work is clear. An integral part of this change includes the move to sustainable transportation. Government sponsored public transportation initiatives are ongoing, vital, and welcome, but there is a wide array of commercial transport modes including bus, HGV’s, marine and aviation that need to make the change to zero carbon”.

The purpose of the webinar was to get a bird’s eye view of what’s happening in this area. Speakers included Brian Davy, CEO of AHAON a technology and engineering firm that assists utility companies in achieving their sustainable 2030 goals, Richard Archer, Regional Director, Ireland of Samskip Multimodal freight transport business, Mark Holohan of Virginia Logistics where he manages the company’s fleet fuel transition from Diesel to Natural Gas and Brian Lynch, Managing Director of Waterford based bus transport company, Suirway.com.

Richard Archer spoke about the Samskip Group’s plans to achieve a 50% decrease in annual CO2 footprint by 2030. These include the introduction of a net-zero emissions vessel to the network by 2025 and an absolute-zero emissions vessel by 2030. Currently a 6.5% reduction in absolute CO2 emissions has been achieved following the switch to use of biofuels on four of their container vessels, the use of 100% renewable electricity at all the company locations and increased electrification of locomotives as they pursue a switch from road to rail container transport. Underlining the urgency of the transition is the fact that their inter-European container shipping services have suffered weather disruption over six months of the last years while six to seven years such disruption would have occurred for only six weeks of the year. The use of biofuel has added €300,000 to their fuel costs on the Irish operation but it does have a carbon footprint of 70% less. One of itshauliers, McNamara Logistics is now trialing hydrogenated Vegetable Oil (HVO) which emits 90% less CO2 .

Mark Holohan spoke about Virginia Logistics journey to Natural Gas usage. In 2018 the award-winning company purchased a large compressor to locate at its Ballycoolin location in North-West Dublin. There now expect to completely fill a vehicle’s tank in ten minutes, against the previous twenty minutes. The company has now secured a retail license to enable it to open its Virginia facility to other HGV operators and open a similar facility at Ballycoolin. Virginia is now looking to open a similar facility in the Munster Region.

A major issue is the low density of natural gas and the company along with manufacturers of tractor unit and of trailers is seeking to establish further onboard storage that would enable range to be increased by at least 400Km. As much of its road transport operation is international, the availability and location of refueling points in Britain and Continental Europe will become a major factor in fleet transition to CNG.

Brian Lynch pointed out that though 80% of the national bus fleet is owned by private operators, the Government’s “Our Rural Future” strategy proposal contains no funding plans to assist the purchase on low-emission vehicles in that private fleet. The cost of such vehicles is currently five to six times that of Euro 6 equipment. He also stressed the need for refueling and recharging points to be located throughout Ireland. In general, Ireland lags far behind other European Countries in the provision of such facilities.

In concluding Richard Archer spoke about a recent and relatively cheap and simple development. This is the modification of vessel emission scrubber units so that they capture the CO2 being taken out and store it for use to assist plant growth in commercial greenhouses. Brian Davy suggested that measures should be taken to encourage indigenous Bio-gas production.

The Sustainable Transport Association plans to follow this up with further events. Howard Knott