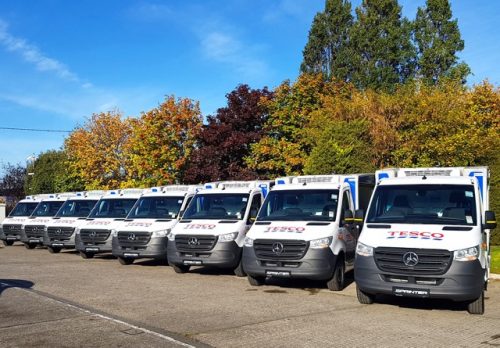 Supermarket chain Tesco has become the first Irish retailer to purchase renewable gas made from its own surplus food to power stores.

Tesco Ireland will reduce its carbon emissions by 1,200 tonnes per annum through its partnership with Kildare-based Green Generation on a renewable gas initiative facilitated by Gas Networks Ireland. The project, involving changes to its food management process at retail store level, will see enough renewable gas created from Tesco’s food surplus to power six of its stores in Ireland.

As part of the new initiative, Green Generation will process Tesco’s remaining food surplus, which has not been donated to FoodCloud, Tesco’s surplus food charity partner since 2014, or given free of charge to colleagues, at its anaerobic-digestion plant in Nurney, significantly reducing the retailer’s operational carbon emissions. Fed into the gas network at nearby Cush, County Kildare, Tesco will now purchase the renewable gas outputs from the facility via Naturgy, the energy supplier, taking a circular economy approach to minimising its carbon footprint.

Gas Networks Ireland and Tesco Ireland are signatories of Business in the Community Ireland’s Low Carbon Pledge, a commitment towards decarbonisation. Launching the initiative to mark World Environment Day on 5th June, Kari Daniels, CEO, Tesco Ireland said: “This new partnership with Green Generation aligns with our Little Helps Sustainability plan which guides us in tackling climate change and food waste and allows us to support indigenous and creative solutions to the increasing challenges faced by society as a result. This new initiative will help us in our ambition to become a zero-carbon retailer by 2050, as we work together to support national and international climate action.”

Renewable gas, sometimes referred to as biomethane, is a clean, renewable and carbon neutral fuel. Its potential as a renewable fuel for transport, heat and electricity as part of the transition to a low carbon economy, is well-recognised.

The dedicated renewable gas entry point in Cush became fully operational in May and joined Corrib and Kinsale as the three indigenous gas sources on Ireland’s network. Once flowing at maximum capacity, Cush can supply renewable gas to approximately 11,000 homes. Green Generation, the company producing the carbon neutral gas, invested €2.5m in the Nurney facility.

Green Generation’s Billy Costello, a native of Milltown, County Galway said he was proud to be working with Tesco, and a host of other Irish companies, including Diageo, to deliver renewable gas to Ireland’s gas network. “We are proud to be at the forefront of developing a new green energy in partnership with Gas Networks Ireland and are delighted to reach this milestone and see renewable gas flowing on Ireland’s gas network,” Billy said.

“We have been generating energy from waste for a number of years and know that renewable gas can not only solve our energy issues, but it can also help deliver a truly sustainable circular economy, by harnessing food and animal waste to deliver clean energy.”