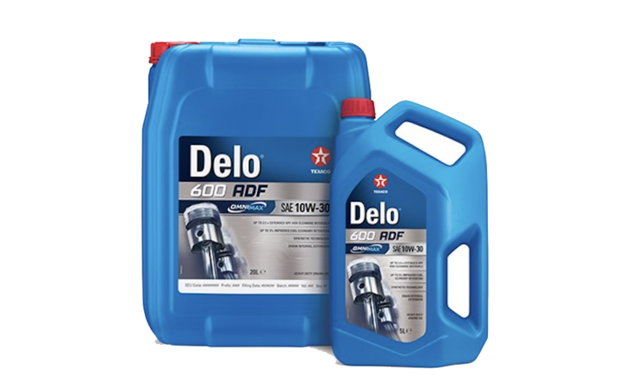 Commercial Vehicle manufacturers have achieved what can only be described as a dramatic reduction in vehicle emissions since the implementation of the Euro standards from the early 1990s. However, as Brian Hayes of Texaco Chevron stated: “clean air comes at a cost.” What Brian is referring to is the costs associated with the upkeep and maintenance of the highly complex emission after-treatment systems, and especially Diesel Particulate Filters (DPF).

Texaco’s research found that over 67% of operators have had issues with the DPF of commercial diesel engines across many applications including transport, construction, agriculture, and forestry. Also, as the DPF does its job removing particulate matter from the exhaust gas, the ash deposits build-up, and will over time increase back-pressure resulting in increased fuel consumption by up to 3%, and more forced regeneration events.

Developing a new oil is a long and painstaking process, and Texaco began developing their new oil called Delo 600 ADF back in 2004. While the process is highly technical and complicated, the principal aim of the development is not. The build-up of ash causes the problem, so if you remove the materials that create the ash – you remove this problem.

As Texaco Chevron’s Shawn Whitacre explained: “The ash that is produced is incombustible and its accumulation is a pervasive problem. Our Ultra-low ash additive technology uses 60% less metallic components that can build up in after-treatment systems and require costly maintenance and equipment downtime.”

Texaco claims that using its patented Delo 600 ADF with Omnimax Technology can extend the lifetime of a DPF by up to two and a half times. That in kilometre terms would extend the lifespan from say 400,000 Kms too, over 1,000,000 kms, and with reduced engine wear, deliver a possible doubling of oil drain intervals. The lubricant is approved for on and off-highway applications by ACEA, and all OEMs including Daimler, Caterpillar, Cummins and Paccar. In developing Delo 600 ADF Texaco used Volvo’s T13 standard as a benchmark and tested Delo 600 which exceed the Swedish manufacturer’s demands by a factor of two.

Other benefits Texaco alluded too is the possibility to reduce the size of exhaust treatment units by as much as 20%. While it has taken over fifteen years to bring Delo 600 ADF to market, It is convinced that further developments will quickly accrue and that “this is only the start.”  Paul White