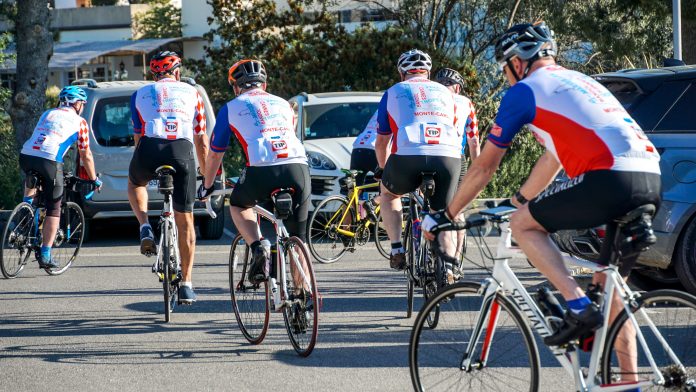 During May 2022, TIP Trailers UK & Ireland ‘FBB&G’ cycling team successfully completed its ‘Monte Carlo or Bust’ bike ride across the South of France and this year’s charity challenge has currently raised nearly £60,000, almost double the planned fundraising target for the three-day event.

This cycle ride was the eighth such event that has been organised by TIP and, over that time, it has raised in excess of €500,000 for deserving charitable causes. This year’s fundraising event supported the ‘Dougie Mac’ and Donna Louise children’s hospices in Staffordshire.

“The UK & Ireland commercial vehicle industry has consistently encouraged and supported the annual TIP charity cycle challenge and we’re incredibly grateful for all the donations received. A very special thank you goes to all our official sponsors of this year’s event. As for the riders, our wonderful team put on a fantastic display of endurance and perseverance and they can all feel proud of completing another challenge that helps raise much needed funds for our nominated charity” commented Mike Furnival, managing director UK&I, TIP Trailer Services.

This year’s bike ride started near Marseilles and finished three days later in the municipality of Monaco, with the riders consisting of a group of 40 enthusiastic cyclists, drawn from the UK and Irish transport industries and, as usual, combining a wide mix of age, size, experience and abilities.

“We are thrilled to have raised over €500,000 since the first FBB&G event, something we would never have dreamt was possible at the event’s inception. The generosity of those that have supported FBB&G over the years has been overwhelming and we are hugely appreciative of the support shown over that time,” concluded Mike.