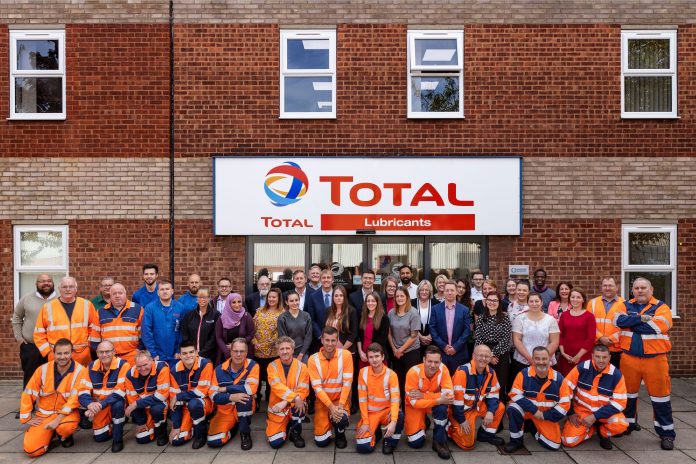 TOTAL Lubricants, which is celebrating the 50th anniversary of its blending plant in August, has unveiled plans to invest in developing and expanding the site at Ferrybridge in West Yorkshire.

The development plan includes the purchase of four acres of land adjacent to the plant, which will enable Total Lubricants’ Blending Plant to develop and upgrade the site, review its warehousing operations and enhance the blending process.

Planning permission has been granted and work is due to commence in 2021. The ambitious plan includes developments using renewable energies and optimisation that will modernise the manufacturing process and increase the efficiency of the site. Total Lubricants’ Blending Plant in Ferrybridge currently employs 90 staff.

Total is the only integrated oil company which still manufactures lubricants in the UK, and offers a complete range of engine oils, transmission and hydraulic oils, greases, and coolants.

Anna Whitehouse, VP of Operations, Western Europe at Total Group and former General Manager of Total Lubricants’ Blending Plant in Ferrybridge, said: “It has been a privilege for me to be part of the 50-year history of Total Lubricants in UK. Everyone concerned can be proud of the past and confident for the future, knowing that the business can, has always, and will continue to adapt in line with market changes.”

John Ryder, General Manager of Total Lubricants’ Blending Plant in Ferrybridge, said: “As the only major energy company to still have a blending operation in the UK, we are in a strong position for the future due to the proximity to our customer base.”

Blending in the UK since 1970, when Total purchased the grease plant from TH Newsome, Total Lubricants is recognised as one of the world’s leading manufacturers of advanced lubricants, operating in over 130 countries worldwide and selling over two billion litres of product each year. It has specific expertise in metalworking, the iron and steel sector, chemicals, energy, automotive, mines, and the food processing industry.

A brief history of Total Lubricants’ Blending Plant in Ferrybridge

1971: The oil plant at Ferrybridge was opened

2000: Merger of Total Fina and Elf to become TotalFinaElf

2004: Last grease production in the UK

2012: Total begins to separate its Refining and Marketing activities in the UK

2018: Purchase of the land adjacent to Ferrybridge blending plant