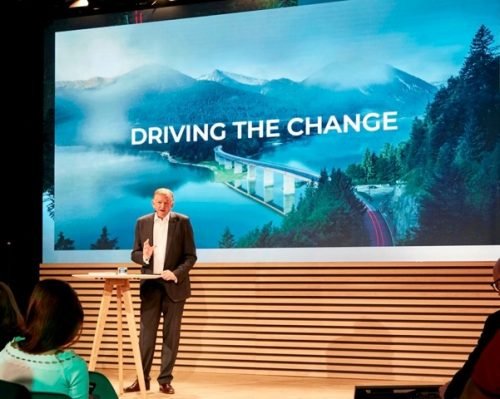 “We are not just about vehicles and technology”

The Traton Group, a wholly-owned subsidiary of Volkswagen AG employs around 81,000 people at its 29 production and assembly plants across 17 countries. Within Traton are leading bus and truck manufacturers MAN and Scania, and while these two need no introduction, the other Traton companies are not that familiar to us here in Europe. VW Caminhoes e Onibus is the company’s brand in South America, and RIO is a relatively new division which develops and manages the connected digital platforms and is increasingly important.

It was at the Group’s facility in Sodertalje in Sweden where Traton hosted its ‘Innovation Day 19’ (ID19), aimed to highlight the group’s most recent innovations and the keynote speaker was Member of the Board of VW AG and Chief Executive Officer at Traton, Andreas Renschler.

At the event, Mr. Renschler said: “we are not just about vehicles and technology.” Many of Traton’s innovations are to be found in their work developing systems for enhancing modularisation, software and systems, and people and collaboration. Modularisation is high on Traton’s agenda, where they see immense benefits from standardising components and production systems across the Group’s range of trucks and buses. 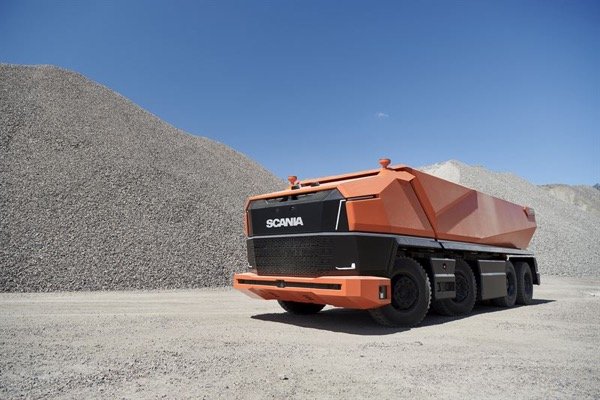 Andreas sees the future as being electric, and believes this will be brought about through co-operation with some of their biggest customers. Customers like the AB InBev brewing company which will take delivery of 1600 e-drive Volkswagen Trucks for its distribution network in South America. Interestingly, the electric drive for these trucks is being sourced from a long-term partner of the Traton Group – Japanese truck and bus brand Hino, a division of the Toyota Motor Corporation.

Of course, the world premiere of Scania’s new AXL Autonomous truck was arguably the highlight of ID19. The AXL is an eight-wheeled vehicle bringing autonomous transport to the next level from an eight-wheeledtipper we reviewed in 2016. In this format the eight-wheeler came with a tipper body however this version had no cab. Not having a cab does bring a new dimension to the whole idea of future autonomous vehicles.

Apart from the AXL fully autonomous vehicles are on the way, and it appears they will be with us sooner than we might think. One Swedish bus company (Barkaby) announced at the event they will begin running a fully autonomous 12-metre bus on Stockholm city service from the end of this year. It will have an attendant on-board during the service, however this is just to help allay any passenger fears. If this is a success we would imagine the further rollout and expansion would begin quite quickly. Paul White