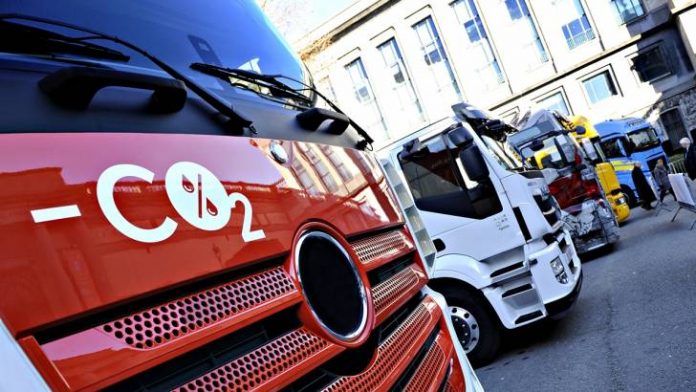 The European Automobile Manufacturers’ Association (ACEA), representing the seven major EU producers of heavy-duty vehicles, has taken note of the European Commission’s proposal for CO2 standards for EU trucks, recently published. This is one important part of a broader strategy to further decarbonise road transport – an objective to which the auto industry is fully committed.

ACEA welcomes the Commission’s two-step approach, with targets set for 2025 and 2030. The industry also supports the proposal to validate the indicative 2030 target at a later point, as this would allow the latest fuel efficiency technologies available at that point in time to be taken into account.

Nevertheless, ACEA believes that the reduction levels proposed by the Commission for 2025 and 2030 – 15% and 30% respectively – are far too aggressive, and have not been selected with the specific nature of the truck market in mind. Given that the product development of heavy-duty vehicles to be sold in 2025 is already underway right now, the 2025 ambition level is too stringent given the short lead-time for this first-ever CO2 target.

“It would seem as though the Commission has simply taken the exact CO2 reduction levels it already proposed for cars and vans, and applied them directly to heavy-duty vehicles, without fully recognising the fundamental differences between these vehicle segments,” said ACEA Secretary General, Erik Jonnaert. Moreover, the fact that the 15% reduction by 2025 is followed by another 15% by 2030 goes against a realistic technology ramp-up, as the most advanced fuel-saving technologies will take time to be developed.

The European truck industry also welcomes the fact that 2019 has been set as the baseline year for these targets, as from that point on all EU truck makers will use the same calculation tool (VECTO) to declare and report the CO2 standards emissions from a wide range of trucks. This will allow for real data comparability across vehicles and manufacturers, providing a robust baseline for future standards.

ACEA accepts the introduction of CO2 standards for trucks, but calls for them to be carefully and properly designed, bearing in mind the importance and complexity of the market.

Depending on their mission, most trucks are custom-built on an individual basis to meet specific requirements. They can vary from the number of axles to the size of the engine, fuel tank or cab, to the height of the chassis. When taking the complete vehicle into account – a rigid body or a tractor plus a trailer – the truck market becomes even more complex.

Trucks move more than 14 billion tonnes of goods per year. They deliver more than 70% of all land-based freight in Europe, or some 90% of the total value of goods.