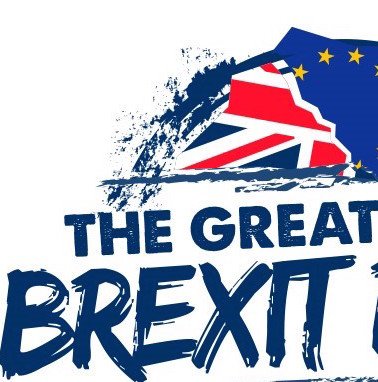 The UK Government’s contingency plans for the Irish border would bring trade to a standstill, according to Freight `Transport Association (FTA).

Government contingency plans, revealed after the defeat of the Government’s Withdrawal Agreement in the House of Commons, would put NI’s economy at a distinct disadvantage when it comes to trading with Great Britain and Europe. And, as Seamus Leheny, FTA’s NI policy manager says, the plans could have more wide reaching impacts on NI’s economy in the event of a No Deal departure from the EU:

“No Deal contingency plans revealed by the government are simply unworkable from the point of view of the country’s logistics operators, as they would set NI’s trade at a distinct disadvantage with our main trading partners. Revealing plans like this at the eleventh hour, when business has so little time to prepare or change trading processes, is irresponsible – they would leave NI’s economy under serious threat from competition on both sides of the border. No one voted for that.”

Under the proposed plans, no tariffs, checks or controls would be implemented on goods entering NI via the land border – this is in stark contrast to the tariffs being applied to goods arriving at mainland ports like Dover and Holyhead. And, as Leheny continues, these differences could have security, as well as financial implications:

“NI business will be placed at a significant disadvantage in the event of a No Deal Brexit, with tariffs and controls placed on goods exported to the ROI and EU, but nothing similar imposed on competitor goods arriving in NI from the same locations. This would understandably make NI goods less attractive to overseas buyers and have a knock-on impact on the country’s manufacturers and distributors – and when you consider that competitor goods from the EU will pay tariffs for market access to the UK market, it brings into question where the protection for NI’s industry actually lies.

“The situation would also raise the distinct possibility that NI could be used as a back channel for EU goods to enter the GB market, without payment of tariffs or imposition of controls. This is not a sustainable position in the long term, not least if point of origin has to be proved on all goods shipping from NI in the long term. Why should the logistics sector have to shoulder this extra administrative and legislative burden? With so little time left, this is an irresponsible dereliction of duty towards business and No Deal should be taken off the negotiating table.”

The warning comes after FTA, which represents UK’s leading logistics organisations, and representatives of leading shippers, hauliers and other businesses from across the sector, delivered an open letter to Mrs May, shared with all MPs, which reminds Parliament to consider the needs of those tasked with keeping Britain trading, and understand the costs and disruption of a No Deal departure from the EU on the UK economy, both in the short-term and the long-run.

“With so little time left to prepare for Brexit, the logistics industry – however agile and flexible it is – needs sufficient time to learn, adapt to and implement the necessary operational processes to comply with the announced procedures. Then government’s contingency plans are still too fluid to guide any sensible business planning process. With just over two weeks to go until the UK’s proposed departure from the EU, it is worrying that we still have so much to clarify.

“Parliament needs to recognise the real jeopardy that a No Deal Brexit would impose on the logistics industry and the Irish border in particular. Business cannot trade on “what if’s?” and “maybe’s” – a transition period to whatever the new market arrangements will be is essential if NI is to keep trading efficiently after its departure from the European Union.”

Efficient logistics is vital to keep Britain trading, directly having an impact on more than seven million people employed in the making, selling and moving of goods. With Brexit, new technology and other disruptive forces driving change in the way goods move across borders and through the supply chain, logistics has never been more important to UK plc.  A champion and challenger, FTA speaks to Government with one voice on behalf of the whole sector, with members from the road, rail, sea and air industries, as well as the buyers of freight services such as retailers and manufacturers.