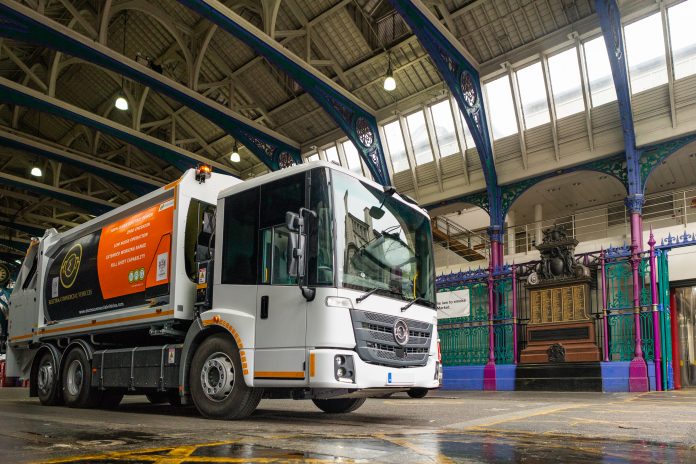 Responding to the announcement from the London Councils that they are to re-reintroduce the London Lorry Control Scheme on 1 June, the UK’s Road Haulage Association (RHA) Chief Executive Richard Burnett said: “I find their decision to reintroduce enforcement  controls at this extremely sensitive time to be beyond belief. They were one of the first enforcement authorities in London to react to the COVID-19 emergency, suspending enforcement of the LLCS on 17 March 2020. Their action was welcomed by the freight and logistics industries, struggling to keep London’s essential shops and services supplied at time of severe food shortages and significant issues with deliveries.”

Following discussions with freight industry representatives, the London Councils decided to extend the suspension from the end of April until the end of May – a welcome move that was, of course, welcomed by the RHA.

“Lockdown is beginning to ease but there is still a very long way to go”, said Richard Burnett. “To extend the suspension for another month would really  help the e industry that is trying to get back on the road as quickly as it can. But to reintroduce the Control Scheme with less than a week’s notice, amounts to little more than kicking an industry when it’s down.

Meanwhile, sidelining freight will undermine London’s competitiveness
The RHA has urged London’s Mayor and Transport Authorities to better accommodate road freight to kickstart the capital’s coronavirus recovery. The call comes after Sadiq Khan and Transport for London (TfL) reduced road capacity for motorists last week while pledging a longer-term programme such as car-free zones which could mean even more logjam misery.

The RHA’s Richard Burnett told Mr Khan and TfL’s surface transport managing director, Gareth Powell that new measures must accommodate all road users, and called on officials to assess the impact road space ‘reallocation’ will have on the movement of goods. In letters to the gentlemen he said: “We all want a sustainable environment, but it should not be at the expense of the economy and jobs. Many measures which favour cyclists have impacts on other road users, especially freight operations that need to work to meet the demands of customers.”

He urged London’s leaders to communicate regulatory changes well in advance after firms were caught on the hop by the last-minute reactivation of charging zones on Monday (18 May). The capital’s ULEZ, LEZ and Congestion Charge were switched back on with effectively a day’s notice giving businesses little chance to make other arrangements. Richard also called on officials to exempt goods vehicles of over 3.5 tonnes from the Congestion Charge in a bid to reduce some of the financial burden on hauliers and their customers as they start the long recovery from COVID-19.

The RHA has urged the British Government to rethink plans to ‘reallocate’ road space which will reduce capacity for motor vehicles and slam the brakes on COVID-19 recovery. Government guidance provides for more designated walking and cycle space as commuters return to work but the Association is concerned that plans ignore the need to move the freight which will boost the economy.

RHA chief executive, Richard Burnett said in a letter to Parliamentary Under-Secretary of State, Baroness Vere that squeezing vehicles into less space will clog up the roads – harming the environment and slowing productivity. “All Government communication about this initiative overlooks the need to accommodate freight activities. I have serious concerns over the potential for the wholesale removal of capacity that the guidance promotes.”

He said the Association is concerned that the Government is promoting restrictions on vehicles and removal of parking bays in the longer term, and warned that poor local interpretation will impose even harder conditions on firms collecting and delivering vital goods.

The RHA has warned that a ten percent tariff on new trucks will stall economic recovery. The British Government has announced its new UK Global Tariff (UKGT) which will impose levies on imports from 1 January 2021. But the RHA’s Chief Executive, Richard Burnett said that the levies will make it harder for firms to invest in new, cleaner vehicles to move the goods that will drive economic recovery.

“The Government says it’s confident of securing a free trade agreement with the EU but if it fails to do so this truck tariff will be a crippling blow for hauliers – putting £10k on the price of a new truck. At a time when they are struggling with coronavirus, clean air zones and Direct Vision Standard during a likely recession this is another very unwelcome cost for our industry.

”The UKGT replaces EU’s Common External Tariff on 1 January 2021 at the end of the transition period.