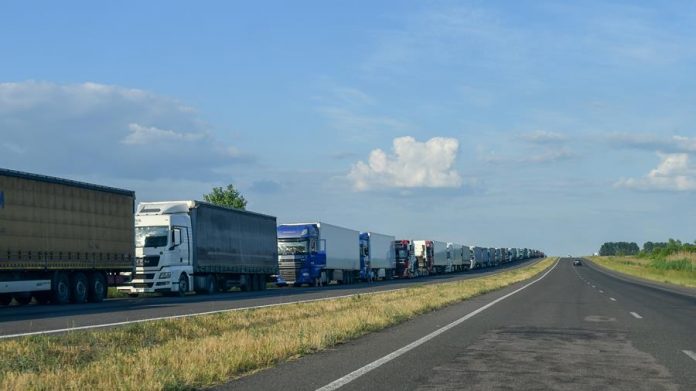 The International Transport Union (IRU) and its member associations from Ukraine and seven neighbouring countries have called on the European Commission to prioritise TIR trucks to ease lengthy border queues and boost goods transport flows between Ukraine and the EU.

Aside from putting enormous pressure on drivers who can remain stuck for days, often without basic facilities, and stretched border and customs staff, the jams are severely restricting the flow of goods across borders between Ukraine and the EU, especially agricultural products.

IRU and its national member associations from Hungary, Lithuania, Moldova, Poland, Romania, Serbia, Slovakia and Ukraine have written to European Commission President Ursula von der Leyen, asking for priority border crossing lanes for secure TIR trucks entering the EU to be coordinated with member states and established as a matter of urgency.

IRU Secretary General Umberto de Pretto said, “By prioritising TIR traffic, the number of trucks that could transport freight from Ukraine to the EU can be increased 2- to 3-fold. This would make a huge difference to goods flows between war-ravaged Ukraine and the rest of the EU, as well as ease the burden on stretched drivers and border and customs workers.”

TIR transports are inspected and security sealed by customs at the point of departure and only reinspected by customs at the final destination. Together with electronic TIR and customs declaration information sent in advance, TIR trucks can cross borders without additional inspections while at the same time enhancing border authorities’ risk and resource management. TIR priority lanes should also manage sanitary, phytosanitary and other controls.

All EU member states, as well as Ukraine, Moldova and other Balkan countries, are parties to the UN TIR Convention. Thousands of transport operators in these countries are authorised users of TIR and use the system on a daily basis, despite the current absence of priority lanes for TIR trucks.