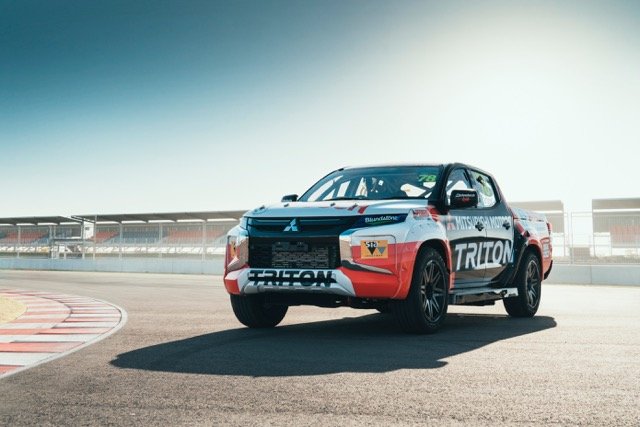 In Australia, Mitsubishi Motors’ Triton (L200 in Europe) has secured a very solid market position for years. So much so that last year, it became Mitsubishi’s best-selling model in the country with over 24,000 units sold: a performance which helped the Japanese brand grow for the fourth consecutive year, beating the previous record set in 1998.

Utes… Australia is also a market with its own products specifics of which “utes” are the best known representatives. Called elsewhere “pick-up trucks”, they used to include local derivatives of two-door passenger cars fitted with an integrated bed in the back. Whilst such typical local products gradually disappeared, the term “ute” is now used for vehicles such as Mitsubishi’s Triton/L200, including the New Gen. Triton/L200 which will be launched in Europe in just a few months.

… Go racing Australia is also a land of motor sports with iconic race cars, legendary drivers and landmark events gathering huge crowds of fans and supporters. In this context, “utes” are not excluded and Mitsubishi Motors Australia has backed “Team Triton Racing” to put the new MR Triton on the track in the 2019 SuperUte Series at the Superloop Adelaide 500, where it finished third.

Team Triton which already ran two Triton in the 2018 series and has added a third car to the team to be driven by Elliot Barbour and Cameron Crick with dual Dakar Rally Champion Toby Price also driving for the team in select rounds.