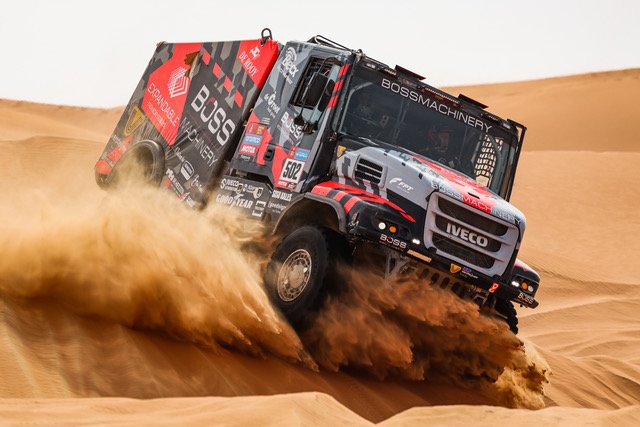 The 45th edition of the Dakar has come to an end in Dammam, Saudi Arabia, after 14 stages that saw dramatic turnarounds in every category. Toyota Gazoo Racing’s Nasser Al Attiyah’s victorious campaign in the Hilux did not come as a surprise, but his first successful title defence earned him the fifth triumph of his career and the distinction of winning by the widest margin seen in the car race in 20 years. Second at 1 h 20, Sébastien Loeb also added his name to the Dakar record books with a string of six consecutive stage wins in the Prodrive Hunter BRX (seven in total).

The motorbike race was more dramatic. In a first for the category, Kevin Benavides (KTM) seized the lead on the very last day, knocking team-mate Toby Price (KTM) from the top of the general standings to prevail by 43 seconds, the narrowest winning margin ever in the Dakar.

Similarly, in the SSVs, the youngest Dakar entrant ever benefited from a massive plot twist in the last stage, as the leader, Rokas Baciuška, surrendered the top spot to the 18-year-old Pole Eryk Goczał, who will share the podium with his father, Marek, in third place. A family that races together stays together.

In T3, victory went to Austin Jones, who had already brought the T4 trophy home last year, while the truck title went to Janus van Kasteren, (Iveco DeRooy Powerstar) the first Dutch winner of the race since Gerard de Rooy in 2016. Helping the cause was the non-appearance of the most dominant Kamaz squad from Russia. Early leader Alez Loprais in the Praga had to withdraw, following a tragic accident involving a spectator.

Long-time campaigners, IVECO competed in the 45th edition of the Dakar Rally Race with two new teams which demonstrated once again the performance, power and reliability of its vehicles, placing two trucks on the podium in the general standings. Overall winner Janus van Kasteren, was closely followed by Martin van den Brink in third place, and Mitchel van den Brink in fourth.

The winners and all the other competitors who showed their resolve to complete this gruelling route will be feted this evening at the podium ceremony in Ithra, at the cultural centre built by Aramco to mark the 75th anniversary of the company, which joined the Dakar as a major partner this year. 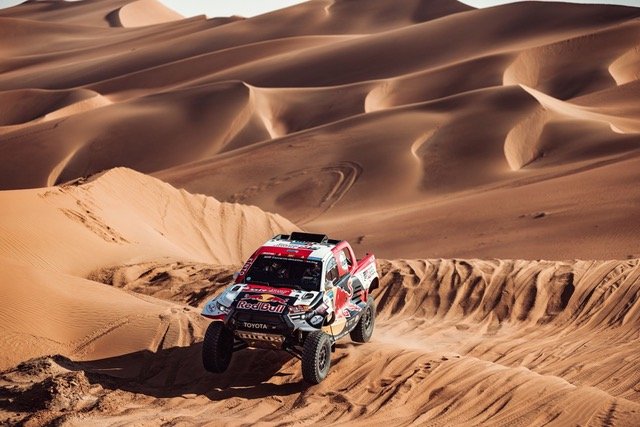