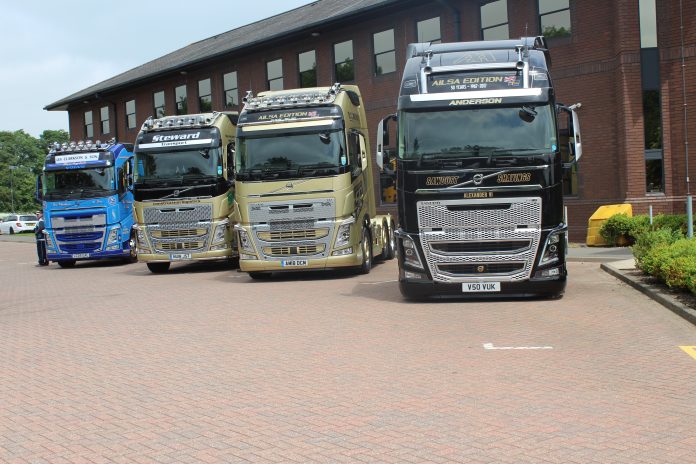 At noon on the 1st September 1993 (Central European Time), the all new Volvo FH12 and FH16 models were revealed to the world as the first part of Volvo Trucks’ new Global programme.  To mark the occasion John Comer, Product Manager, Volvo Trucks UK & Ireland recalls the significant developments and evolution of this now iconic heavy duty truck series. Supporting photographs were taken at the annual Steelboy Road Run to the British Motor Museum  Gaydon, where this year members put together ‘25 at 25’, with a Volvo FH model from every year, visiting the Volvo Trucks HQ in Warwick en route. 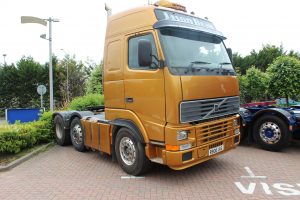 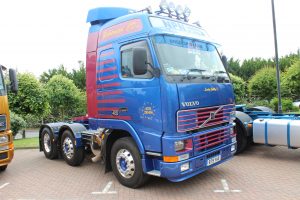 This is his short story about passion behind the Volvo FH and the progress and contribution made over the last quarter of a century. John has been involved with every generation of the range over the past 25 years and more.

“Twenty-five years ago, the FH was innovative with a brand new engine to take Volvo on its Euro 1 to 6 emission journey whilst maintaining top-notch reliability and durability. Four over four or three over three with a splitter was the norm when it came to gear changing. Yes, there was Geartronic but in 2001, I-Shift automated transmission changed that – and let’s not forget that distinctive aerodynamic cab.

The biggest engine was 420hp and the sleeper cab and 4×2 layout for 38 tonnes, were very much the norm back then. What was new was the chance to upgrade the cab with a comfort type package, a base level with vinyl, the C trim with check grey seats and the top of the range CD trim which proved to be one of the most practical and comfortable trims ever, and is still held in high regard today.

By 2001, the 4×2 was sporting electronic architecture and chassis upgrades that were launched in 1998 with the introduction of the sister FM series. Seventeen years later the FH16.750 features a light 6×2 chassis with a 17.5” pusher axle for 44 tonne operations.

Scarlet red was the launch colour for both new trucks, featuring the Globetrotter XL cab, which first appeared at the Paris Salon in 1995 and totally transformed the truck, with a lower floor and pull-out under bunk drawer on all-sleeper cab models and the sliding passenger that could be moved forward when changing, but in most cases stayed where it was.

Driving progress in 1993 in terms of chassis, resulted in the introduction of a factory built low height 4×2 tractor with a chassis height of only 810 mm to couple at 960mm fifth-wheel height with the new low 60 series tyres. The truck was designed to allow a 3.0m load height within the 4.0m overall height demands of the European Union. To achieve this the frame was cut and stepped down at the gearbox.

With the demand for drivers, it is interesting to see that from around 2001 the demand for sleeper cabs had dropped with the introduction of Globetrotter and Globetrotter XL with a single person living pack launched in 2001. The new FH has bought the sleeper cab back into fashion again with overhead storage above the bunk.

Do you ever ask the question at 44 tonnes gross train weight, what is stopping it? The power to drive forward is the biggest selling feature but the Volvo FH at launch and today still boasts the most powerful engine brake on the market. Today blended in and supported by the aforementioned I-Shift. Volvo Trucks still use their own solid discs, and the calipers for all Volvo’s are made in South Wales and are worth £100m per annum to the local economy. Disc brakes became standard on long haul models in 2001 with the launch of version 2.

One does not drive progress with just four versions of the FH over 25 years, the different designed cabs produced over the years are generally cosmetic but for operational efficiency, it is the continual development that really matter. The beauty of the Volvo FH is more than skin deep, key award winning changes such as the Globetrotter XL, Disc brakes and the all new D13 and D16 engines did not occur at a version change. Along with the latest introduction of Natural Gas powered with Liquefied Natural Gas (LNG) engines, dual clutch transmission and dynamic steering, they are all part of constantly driving progress and setting the Volvo FH apart from its rivals.

The progress and contribution the FH has made to road haulage, distribution and logistics over the last 25 years has been enormous and the good news is that there is more to come to shape up the next 25 years.” 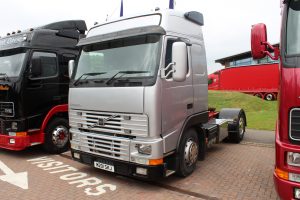 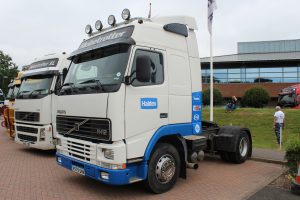 1994: International Truck of the Year

Under bunk storage on all sleeper cabs

2000: International Truck of the Year

2014: International Truck of the Year 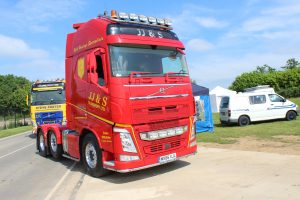 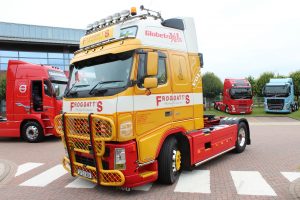