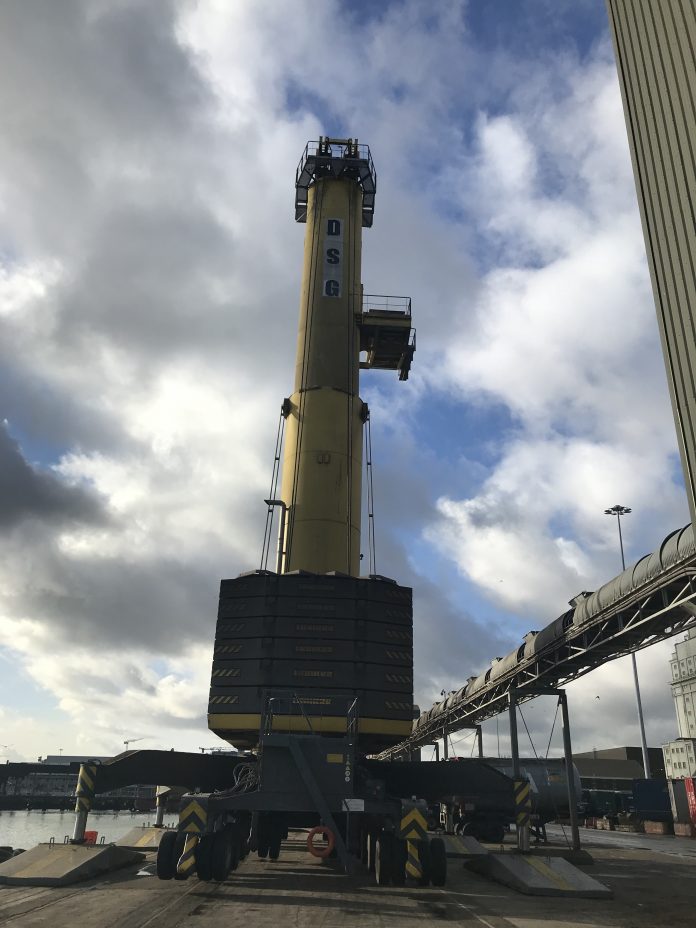 Dublin Port Company (DPC) has stated that Dublin Port will reach its maximum throughput capacity some time between 2030 and 2040. This means additional port capacity will be needed elsewhere on the east coast of Ireland to cater for the growth which Dublin Port will not be able to accommodate once this point has been reached.

On the basis that building large new infrastructure takes twenty years or more from concept to completion, DPC is now beginning to plan the projects that will be needed if this additional capacity is to be available by 2040.

In the meantime, DPC has confirmed it is preparing the third and final strategic infrastructure development project which will deliver the full capacity envisaged in the Dublin PortMasterplan 2040.  This project is the 3FM Project and DPC has begun the first stage of public and stakeholder consultation prior to commencing pre-application consultation with An Bord Pleanála later this year.  Completion of the 3FM Project is needed to provide the capacity required for growth up to 2040.  If the 3FM Project were not to proceed, then Dublin Port would reach its limit closer to 2030.

The final development projects at Dublin Port and projects to deliver new port capacity elsewhere are very challenging and it is important that there is an opportunity for informed debate and discussion on the environmental, planning and financing challenges which these projects create.

These challenges have been documented in a series of seven papers called the Dublin Port Post 2040 Dialogue: https://www.dublinportpost2040dialogue.ie/

Crucially, the papers present for the first time a considered view on the potential costs and the environmental impacts of building new greenfield port facilities elsewhere on the east coast of Ireland.

Building a new port at a greenfield site to be ready for operation by 2040 (referred to in the Dialogue papers as DP1.5) would cost in the region of €3.9 billion to €4.2 billion (at 2020 prices), assuming, of course, that the enormous challenges of financing and securing the necessary consents to deliver such a megaproject could be achieved.

From its analysis of the issues covered by the seven Dialogue papers, DPC has reached six key conclusions:

DPC recognises that alternative viewpoints exist including a long-held view that Dublin Port should be moved from its current location, something DPC has consistently rejected over the years.  In the Dialogue papers, DPC refers to the megaproject to relocate Dublin Port to another location as DP2.0 and has estimated that the cost to do this would be €8.3 billion (at 2020 prices) but that it would be near impossible to get planning permission because of environmental impacts.

The purpose of the Dublin Port Post 2040 Dialogue papers is to facilitate informed discussion and substantive engagement with DPC on several important questions, namely:

DPC is now inviting individuals and organisations, who may wish to challenge its thinking and put forward alternative ideas, to respond and share their views in writing by the end of June 2021 topost2040@dublinport.ie. Hard copies of the dialogue papers are available on request.

Anyone can be part of this dialogue, including those with an interest in the long-term development of Dublin Port and Dublin City. DPC will publish any alternative ideas or viewpoints for everyone to read alongside its own analysis on the Dialogue website at https://www.dublinportpost2040dialogue.ie/

By requesting and publishing alternative detailed views on how Dublin Port should be developed, DPC will be obliged to take account of these arguments in environmental assessments of any future projects the company brings forward for planning, notably the 3FM Project.

Eamonn O’Reilly, Chief Executive, Dublin Port Company, said: “We need to plan for how, when and where additional port capacity might be provided on the east coast of Ireland by 2040.

“We know from experience that twenty years is a relatively short period in the context of delivering large scale infrastructure projects, let alone a once in 200 years megaproject, which the construction of a new additional greenfield port would be.

“Consideration of any plan of this scale must take account of as wide a spectrum of viewpoints as possible. That is what the Dublin Port Post 2040 Dialogue is designed to facilitate, and I would encourage people and organisations to get involved. This is everyone’s opportunity to help answer important questions in the national interest about the environmental, planning and financial challenges that lie ahead in providing the future port capacity needed for the long-term.

“Our canvassing of views on the long-term provision of port capacity once Dublin Port reaches its limit some time between 2030 and 2040 coincides with DCC’s preparation of the Dublin City Development Plan 2022-2028, with NTA’s review of the Transport Strategy for the Greater Dublin Area to cover the period 2022-2042 and with Government’s review of the National Development Plan as part of Project Ireland 2040.  Ensuring there is enough port capacity for the decades and even centuries ahead requires coherence and co-ordination among all these plans and strategies.”