Home Breaking News 44% of the communities Transaid helped in Madagascar were inaccessible by car... 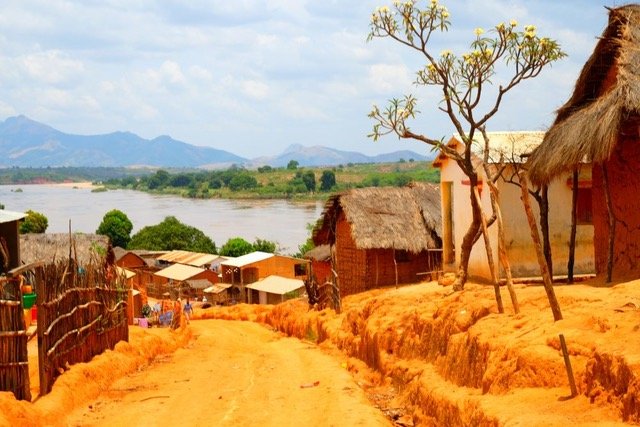 More than 100,000 emergency transfers were made to rural health facilities over a five-year period in Madagascar, according to data compiled from one of Transaid’s longest-running access to healthcare initiatives, focused on maternal and child health. Publication of the figures follows the conclusion of a USAID-funded project, known locally as MAHEFA Miaraka, led by JSI Research & Training Institute, Inc., and in partnership with others including Transaid, local NGOs and in close collaboration with the Ministry of Public Health.

Working in areas of the country where the availability of transport is often low, and where difficult terrain and seasonal rainfall often limit access by motorised vehicles, Transaid, the transport related registered charity, supported communities to integrate locally available modes of transport to connect themselves to primary healthcare facilities or referral hospitals. This work contributed to 106,851 transfers to health facilities taking place during the project, utilising taxi cooperatives with minibuses and motorised three-wheelers, ox carts, rickshaws, bicycle ambulances, stretchers and even canoe ambulances, amongst other forms of emergency evacuation.

Caroline Barber, Chief Executive of Transaid, explains more information on the project: “Delays in seeking access to quality care are a key contributor to maternal and under-five mortality, with inadequate access to transport being a major cause. This project set out to address that, working in some of the hardest to reach parts of Madagascar, where we saw the number of patients accessing the scheme grow consistently year-on-year.”

Forty-four per cent of the communities Transaid helped were inaccessible by car or truck for at least four months of the year, and 20 per cent for almost half of the year. This made it an incredibly complex project to manage, requiring a blend of community-managed forms of transport, taxi drivers trained in emergency transport systems, plus evacuation plans developed with communities and village leaders. 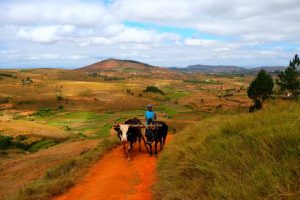 Caroline added: “The communities we were supporting have spoken highly of the improved access to healthcare in emergencies, especially the means to travel at night, when there are generally far fewer transport options available.”

Transaid’s role within the project also included the setting up of several ‘enterprise box’ (eBox) initiatives, which aimed to improve community health volunteer mobility and increase motivation and retention through the provision of bicycles and income generation which also contributed financially to local health insurance schemes. Five eBoxes were established, each becoming a bicycle sale and repair micro-enterprise managed by registered cooperatives to help meet some of the transportation needs of the local population. At the end of the project, four of the eBoxes were considered independently operational, leaving a lasting enterprise which can continue supporting the local community. The completion of the project, Transaid’s second in Madagascar in succession, draws to a close a decade of work within the country – and one of the organisation’s longest running and most successful projects to-date.

For more information and to find out how you can support the organisation visit www.transaid.org.