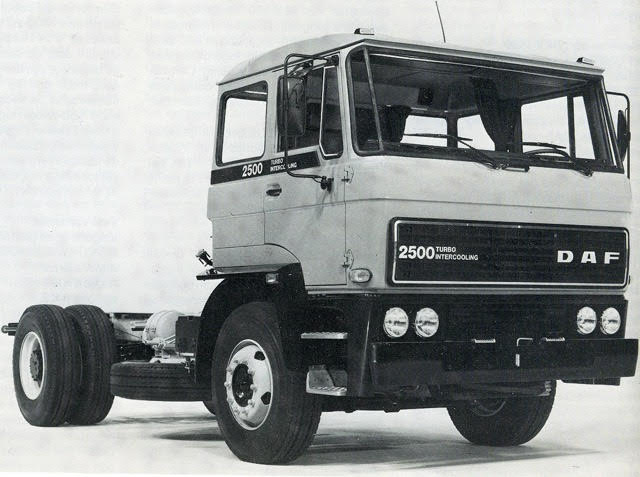 In the same year that DAF Trucks turns 90 years old, DAF Trucks Ireland is celebrating a birthday of its own. It is 45 years since two friends and motor enthusiasts, Conal O’Brien and Gabby Hogan, decided to bring a car franchise to Ireland which resulted in them agreeing a deal with DAF founder, Hub Van Doorne, to import the DAF car. 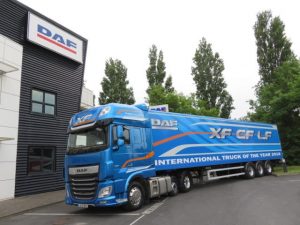 However, legend has it that the route into becoming a truck distributor was not quite as intentional, as DAF Trucks Ireland Managing Director, Tommy Smith, explains: “So the story goes that shortly after securing the car franchise Conal and Gabby received a call from Eindhoven asking if they wanted to also import the DAF Tractor.”

Tommy continued: “Now at this time the guys didn’t know anything about road trucks so were expecting to receive an agricultural tractor! But they quickly embraced the world of large goods vehicles and DAF Distributors Ireland trading as DAF Trucks Ireland was born.”
By 1982 Declan McCourt joined DAF Ireland and the OHM Group was formed. Today the OHM Group has a number of companies under its umbrella and are exclusive importers for DAF Trucks, VDL Bus & Coach, MAN Truck & Bus, TRP Parts, SDMO Generators, Jaguar and Land Rover cars. In addition, the Group also includes Spirit Motor Group, with retail car dealerships for Jaguar, Land Rover, Ford, Volvo and Skoda. 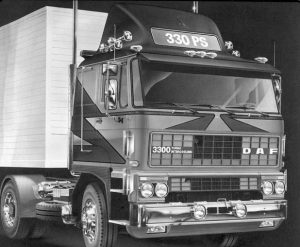 Since these early beginnings in 1973, today the OHM Group – together with its sister company in Munster, DAF Trucks Cork – employs over 400 people across 17 locations throughout Ireland. DAF Trucks Ireland is consistently in the top three performers in light, medium and heavy duty vehicles, with market share of around 20% and one-in-five of all trucks running on Irish roads being a DAF.

The anniversary of both DAF Trucks and DAF Trucks Ireland has coincided with the release of what DAF Trucks NV claims to be its best truck series ever. Across the range, the new LF, CF and XF series feature updated design, lower operating costs, increased uptime and up to 7% lower fuel consumption. These updates have also seen the CF and XF jointly awarded International Truck of the Year for 2018.

It is these types of product developments which Tommy Smith believes are at the heart of DAF Trucks and DAF Trucks Ireland’s longevity – “Vehicle technology has moved on a lot in the last 45 years and DAF has never been a company to sit still. The product continues to lead the industry with innovations and improvements to ensure the best transport solutions possible for our customers.”

“We are proud to offer our customers an industry leading DAF product and with the support of our hard working and talented sales and service teams I have every confidence DAF Trucks Ireland has a bright future for the next 45 years and beyond!”, concluded Tommy.