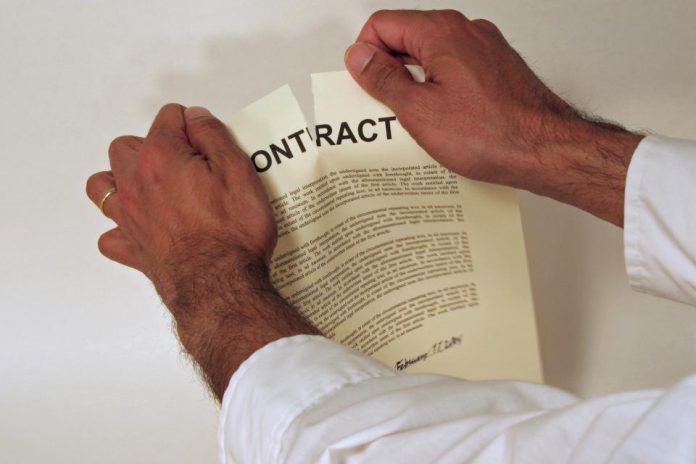 Most people have gone to great lengths to reduce and quantify their risk for underwriters & Insurance Companies, however the evidence is that it, in some cases these efforts have gone against them. In particular the use of a “Non-Disclosure” clause on proposal forms. In some cases, this clause can be used in a cynical way to increase premiums. This practice would sometimes make the behaviour of budget airlines look fairly meek. I accept that where somebody has wilfully and purposely made a false declaration to obtain cover in a deceitful manner, there should be consequences. I always suspected this type of behaviour was occasionally used, but I became aware of a case recently which suggests strong evidence exists, that this practice may be used as an anti-competitive practice and a method to increase premiums.

This is a brief outline of a set circumstances that I was made aware off. A policy holder on receiving their renewal notice decided to shop around. A substantially cheaper quote was found. A new proposal form was completed, which included the declaration of a small claim from four years previous, everything seemed in order. So, the policy holder changed companies, and as it happened brokers, so far so good. However, eight weeks later they were contacted by the new insurer to say that there had been a” non-disclosure” on the original proposal, they claimed two claims had not been declared. Naturally the policyholder was somewhat surprised and anxious to see what was behind these accusations. On investigation, it emerged that one of the claims had never existed and was a clerical error, so that was one problem out of the way. The second was a little more complicated. As far as the policy holder was concerned it related to the declared claim, but because it was badly managed by everybody (including the policy holder) the same incident appeared as two separate incidents. Incidentally the total amount paid out by the Insurer was, cumulatively €3500, four years previously. So now the upshot of this was the new insurer issued a seven-day notice to cancel the insurance.

In spite of two official appeals and strong intervention from some industry insiders, there was no changing their mind. Now the policyholder had limited options. It took strong representation from the original Broker to get the original insures to consider quoting. They eventually did quote, more than double the original quote. I have seen the file relating to this incident and there is no doubt about the facts. The insurer would not speak directly to the insured, opting only to communicate with the broker, obviously not very satisfactory for the policyholder (customer).

This sorry tale presents a few questions for the insurance industry and the way they trade. They also seem to have access to a lot of policyholder’s information, not given directly to them, but worse still it is produced on a piece meal basis to ensure maximum disruption and cost to the policyholder. Unless somebody could prove otherwise to me, the actions of the new insurer facilitated the original insurer to get back the business at a 120% of an increase on premium. One would have to wonder if the favour was paid back.
In all of this saga the only hero was the Insurance Broker, I have always been careful to separate the role played by brokers as distinct from Insurance Companies. I am not sure what difference the intervention of the Competition authority will have, I think Insurers are still a very big lobby and Government are far too lenient with them, giving them too much airtime. I quite accept that either of the Insurance companies involved may have completely acceptable explanations for their actions, but I would like to hear them.

When the European Competition Authority arrived in Dublin earlier this Summer there was a hope on most people’s part that this will sort out Insurance premiums & Companies. I am not so sure this will be the case. In the past insurance Companies have always been able to evade most regulatory probes and efforts to make them accountable. Also, in the past, I would have regarded Insurance Companies as having been a bit primitive and not practical in accessing risk and calculating premiums. In the case of haulage companies, no check was ever made on maintenance practices, driver selection or training.

Ironically the Quinn Insurance Group were the first to introduce these types of risk assessment. As an aside I think the practices brought to the insurance industry in terms of investigating & Settling claims by the Quinn group was largely lost with the demise of Sean Quinn, a point reiterated by Supermac’s Boss Pat Mc Donagh. Who, in a recent interview said, “the closure of the Quinn group was a big loss because they were better able to deal with claims & claimants than a lot of the International Companies “Things have changed and it has now gone to the other extreme.