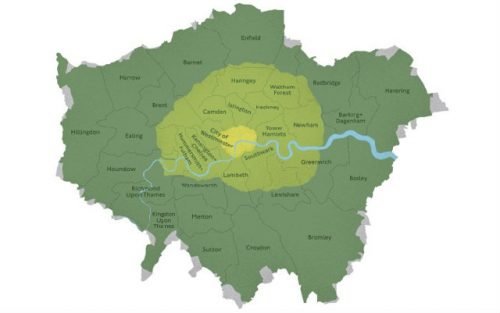 Among an abundance of misleading information, a comprehensive, cartographic overview of diesel bans and low-emission zones across 350 cities in 8 countries has finally been released.

Given the amount of information on diesel bans and low- emission zones, it’s difficult for drivers to stay abreast on all the policy changes. kfzteile24, a market leader in auto parts and accessories, has compiled an up-to-date, cartographic overview of the European cities with access restrictions. The map presents the regulations in an accessible, easily-embeddable format, and offers a clear comparison between the UK and cities across Europe.

The implementation of environmentally-friendly measures has left some drivers concerned they’ll be unable to access major parts of some cities. However, as the study reveals, the bans mostly affect larger vehicles like trucks and buses –  newer diesel models (Euro 3 – Euro 6, created after the year 2000) are largely unaffected. The restrictions also tend to be limited to the most central, bustling streets, rather than widespread across the city.

In the UK, London plans to introduce a stricter low-emission zone in April 2019, and by 2025, only emission-free vehicles will be allowed in the Greater London area. These kinds of changes are likely to sweep across European cities in the near future, and communicating these developments to the public in an accessible way is often the greatest challenge.

The following overview is based on the data from UrbanAccessRegulations.eu, it outlines a few examples of vehicles already affected by low-emission zones and driving diesel bans, and those likely to be affected in the near future.

Selected findings: an overview of diesel bans and low-emission zones in Europe: