Home Breaking News A SLICE OF HOLLYWOOD FOR HOLYHEAD! 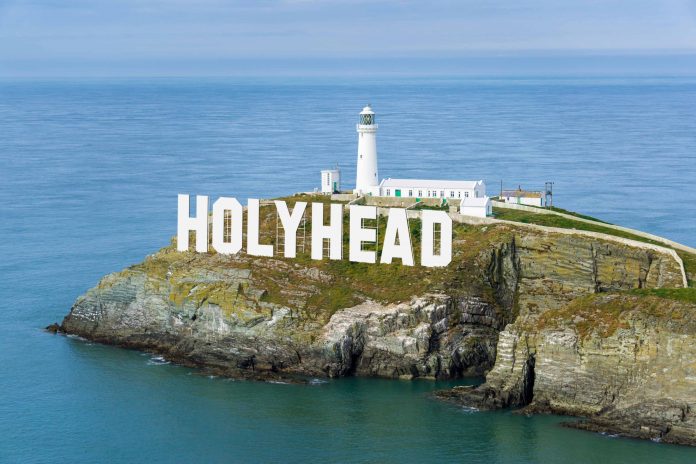 Holyhead could soon have its own version of one of the world’s most iconic landmarks if ambitious plans by leading ferry company Stena Line get the go ahead.

Stena Line, who own and operate Holyhead Port, want to erect a 100 ft ‘HOLYHEAD’ sign near the lighthouse at South Stack similar to the world-famous HOLLYWOOD sign which has provided the Californian city with an instantly recognisable global identity for the last 95 years.

Diane Poole OBE, Stena Line’s Travel Commercial Manager (Irish Sea South) commented: “Everyone is familiar with the cultural icon and landmark HOLLYWOOD sign which was erected in 1923 in the Santa Monica Mountains overlooking Hollywood. We thought that a similar sign on the approach to Holyhead Harbour would provide a real tourism talking point for the hundreds of thousands of ferry travellers who travel in and out of Holyhead each year.”

Launched today 1 April…….Diane Poole added: “Apart from the sign having a different name, another key difference with this proposal is that when wind speeds reach over 60 mph, a hydraulic mechanism will be triggered to allow the sign to safely ‘fold’ to ground level to prevent it from being damaged during severe weather conditions. We believe the new sign will provide a real stand out talking point for the region and help Holyhead raise its profile as a key tourism and freight gateway.”