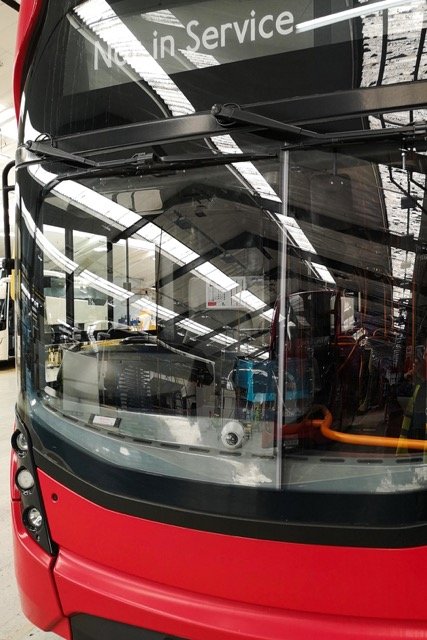 Alexander Dennis Limited (ADL), with production facilities in England and Scotland, has begun formal consultation on its previously announced restructuring programme in response to the significant fall in demand for new buses and coaches in the United Kingdom & Ireland, as a result of the Coronavirus pandemic.

The dramatic fall in demand for new buses and coaches as a result of lockdown, social distancing and low passenger numbers has left ADL with no alternative but to adjust its business to the current economic situation. Since the announcement on 27th July 2020 of a restructuring programme that puts up to 650 jobs at risk across all of the company’s UK facilities, ADL has continued its dialogue with the UK and Scottish Governments and other stakeholders. However, there remains no immediate visibility of the stimulus funding urgently required to support operators to place orders, making it necessary to begin the formal consultation on the proposed changes.

ADL remains firmly committed to working with its customers and supporting the bus and coach operating industry, which is battling an unprecedented crisis. The restructuring programme is designed to adjust current capacity without compromising the company’s ability to respond to a resurgence of demand in the future.

Following experience of vertical integration at ADL’s facilities in North America and the Asia Pacific region, where building chassis and body on the same site has demonstrated efficiencies in terms of output, time, cost and co-ordination, ADL intends to transfer chassis production to its Falkirk factory. This will impact around 200 employees in manufacturing and operational support roles at Guildford. Non-manufacturing functions including Engineering, Test & Development and Aftermarket will continue to be based at the Guildford site.

The current lack of demand for new buses and coaches will also mean the potential loss of 90 production jobs in Scarborough and a net reduction of 160 manufacturing roles in Falkirk, even with chassis assembly transferred to that site.

As the company adjusts its overhead to the change in manufacturing activity, a further 200 roles will be affected in support functions across all UK sites. ADL is actively seeking voluntary redundancies to reduce the number of compulsory job losses.

During this process, Alexander Dennis has been severely criticised  for its ‘disgraceful and deceptive’ behaviour by workers union, Unite. According to its statement, Unite exposed the plans by ADL’s parent company, the NFI Group, to potentially close a UK site and outsource a large bus building contract for Berlin to a company in Turkey, despite using the decline in orders to try and justify planned cuts. ‘In a recording from an NFI investors meeting on 6 August, the group’s chief financial officer Pipasu Sinui said that NFI‘s strategy is about generating ‘significant returns for shareholders’ and was developed before the pandemic. NFI CEO Paul Soubry also stated that many bus orders have been ‘shifted’ from 2020 to 2021, rather than being cancelled, and said that bus markets ‘will recover and will be a critical driver for economic recovery for the long term’.

Unite has been calling for the UK’s Prime Minister’s promised order of 4,000 new low emission buses to be brought forward to help the bus and coach industry to recover from COVID-19, but stated that any support must now be conditional on ADL ending job cuts and outsourcing and committing to the long term future of each site.

UK is addressing truck driver shortage in a unique way

Gist offers up to £5,000 in industry-leading incentive package for new...

LONGRUN brings together 30 partners to accelerate the path towards a...