Home COVID-19 Adoption of the Mobility Package by European Parliament cautiously welcomed by the...

After many years of negotiations, the European Parliament by a large majority has voted to adopt the new Mobility Package regulations. From an Irish road haulage perspective there are both positive and negative outcomes which will impact on the industry.

In response to the vote, Eugene Drennan, President of the Irish Road Haulage Association (IRHA) stated: “It has been a long and arduous road to achieve change to the Mobility Package and whilst we cannot claim complete satisfaction, we have achieved important changes that reflect the unique needs of the Irish Road Haulage industry. With the advent of Brexit which was not perceived when the Mobility Package was first introduced, these modifications will become even more important.”

The voting was as below so achieving any change to the original was a significant outcome for the IRHA.

The posting of drivers was passed with 469 votes in favour to 218 against. Here the Greens voted against because they wanted even stricter rules.

Article 12 extends daily and weekly driving time limits (+ 1 hour) in exceptional circumstances to reach the employer’s operational centre or the driver’s place of residence to take a weekly rest period. The time limit can even be extended by up to 2 hours if preceded by a 30-minute break.

The Drivers can opt out of returning home after 4 weeks

D&R times: Sleep in the cab not possible for regular weekly rest even in times of sanitary crisis

Cabotage: Long cooling-off period of 4 days between 7-day Cabotage periods in a given Member State

During this long give-and-take exercise that led to the adoption of the Mobility Package, the IRHA has not given up on its priorities. In particular, it is at the forefront of getting more flexibility in relation to time spent onboard ferries. Drivers will not have to spend their full rest period at the port of departure or arrival but will only have to complete the remainder of their rest period upon arrival. This is a major social and efficiency improvement, especially in the face of Brexit and its consequences on ferry traffic from/to Ireland.

Under “normal” circumstances, the IRHA also welcomes the fact that Drivers get more of their time off at home with their families. “We indeed remain in favor of trucks and drivers that are nomadic in their operation, being forced through the mobility package to have a real and substantive link with their country of origin, along with a driver who knows he/she will be going home soon as an entitlement protected by law. However, we regret that all lessons from the COVID-19 crisis were not taken into account. The possibility for drivers to sleep in their cab even for the long rest period (45 hours) in emergency situations will still be subject to ad hoc decisions by Member States and not coordinated by the Commission at EU level,” he added.

The IRHA will be organizing training for its members so that they are all fully aware of the new rules. Some rules on Driving and Rest times will have to be implemented in Q4 of this year already.

“Irish hauliers are now hopeful for EU institutions to accompany the transition of the industry in the next stage in particular on the impact of Brexit and in the adaptation of Drivers age limit. We will keep working with our Irish MEPs in the European Parliament and with Irish authorities on these issues. We are very appreciative of the support we have been given. Quite paradoxically, the new rules aiming at protecting drivers may also act as deterrent to enter the profession because they can be perceived as major administrative burdens for young people,” concluded Eugene Drennan, President of the Irish Road Haulage Association. 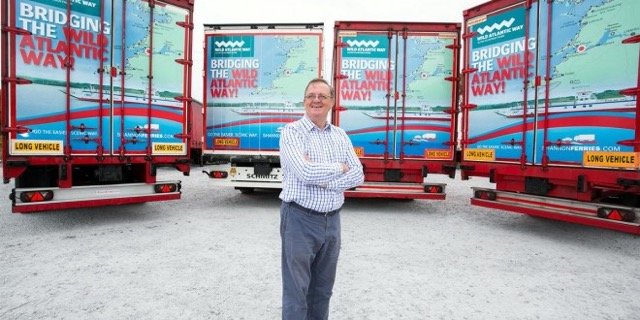