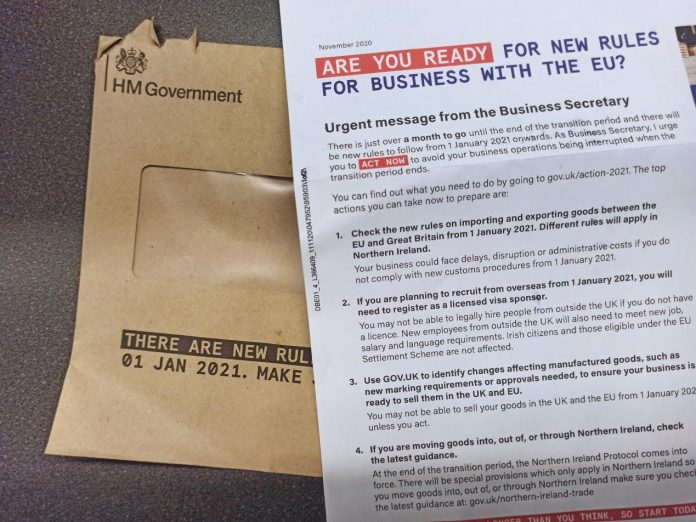 Delays and red tape on goods sent between the UK and Northern Ireland (NI) are set to increase significantly following the failure of a key UK-EU meeting. A UK-EU Joint Committee meeting on Wednesday failed to extend the grace period on the introduction of new red tape and tariffs on parcels and food, due to end on 1 April. The UK Government had asked for the delay to be extended until 2023.

ParcelHero’s Head of Consumer Research, David Jinks MILT, explained: ‘If the new regulations are introduced in a month’s time, the impact on Northern Ireland parcel deliveries and supermarket food supplies will be severe.

‘A waiver on Customs declarations for parcels sent from Great Britain to Northern Ireland runs out on 31 March. This is followed by certification requirements on supermarket goods being ramped up. Last week, ParcelHero called for the Government to do everything in its power to renegotiate these deadlines with the EU. On Wednesday, however, talks aimed at postponing these draconian measures ended without agreement. Unless there is a last-minute deal, this is extremely bad news for both NI citizens and anyone sending parcels to Northern Ireland.

‘Parcels sent from Great Britain to Northern Ireland with a value of over £135 will endure the ongoing chaos that has hit UK-EU shipments since the start of the year. Customs declarations will be needed for all such parcels, which is frankly ludicrous considering this is a UK domestic shipment. If there’s no proof that goods originated in the UK, there will be significant new tariffs to pay on these items.

‘When the Brexit deal was finally struck on Christmas Eve, it was hailed as a free trade agreement. The reality has proved very different. These new measures will introduce new bureaucracy and fees within the UK itself, as well as between Britain and the EU. No Brexit voter could have envisaged this outcome.

‘Already, Northern Ireland businesses importing goods valued at over £135 have had to wrestle with the red tape of joining the UK Trader Scheme, which proves their goods aren’t at risk of being shipped across the Irish border into the EU. Only then can their “imports” from Great Britain still qualify for zero duty.

‘As well as new tariffs, delays experienced since the start of the year will get worse. These are already becoming intolerable for some businesses. According to the Government’s own Office for National Statistics figures, a massive 44% of retailers and wholesalers reported the volume of goods they shipped to Northern Ireland decreased markedly in the two weeks from 25 January to 7 February, compared to the preceding fortnight. 31.5% of manufacturers reported their export volumes to Northern Ireland fell during the period. Of all businesses who had sent, or intended to send, goods from Great Britain to Northern Ireland in the last two weeks, 38% reported sending fewer goods.

‘A joint statement issued after the meeting did mention a “new operational plan with respect to supermarkets and their suppliers”. We very much hope this new plan can somehow mirror the current regulations, although the straightforward shelving of the pending changes is clearly the most effective solution.”