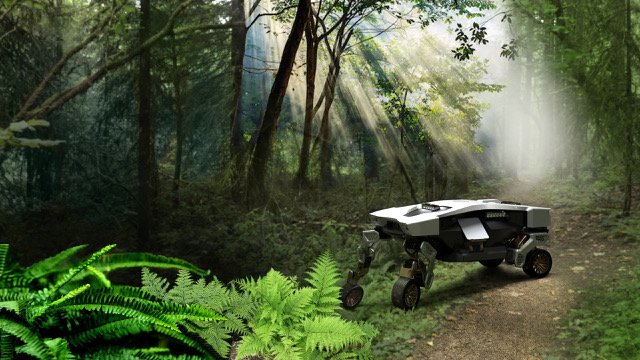 “Vehicles like TIGER, and the technologies underpinning it, give us an opportunity to push our imaginations,” said Dr. John Suh, Head of New Horizons Studio. “We are constantly looking at ways to rethink vehicle design and development and re-define the future of transportation and mobility.”

TIGER’s exceptional capabilities are designed to function as a mobile scientific exploration platform in extreme, remote locations. Based on a modular platform architecture, its features include a sophisticated leg and wheel locomotion system, 360-degree directional control, and a range of sensors for remote observation. It is also intended to connect to unmanned aerial vehicles (UAVs), which can fully charge and deliver TIGER to inaccessible locations.

A large load bay housed within its body means TIGER can carry goods for delivery, or be deployed to deliver aid packages in emergency situations. Leg-wheel articulation enables TIGER to tackle a range of extreme situations while keeping payloads more level than a typical ground vehicle.

With its legs retracted, TIGER drives like an all-wheel drive vehicle and is in its most efficient mode because it moves by rolling traction. But when the vehicle gets stuck or needs to travel over terrain that is difficult or impassable for wheels alone, it uses its walking ability to get unstuck or more easily travel over that terrain. This was a feature previously seen in Elevate, Hyundai Motor Group’s first-ever UMV concept with moveable legs, which debuted at the 2019 Consumer Electronic Show (CES).

Like Elevate, Hyundai’s other transforming four leg-wheel ground vehicle, TIGER shares similar characteristics such as its legs and wheels. The difference between Elevate and TIGER is that, while the former can carry passengers, the latter is unmanned. Both TIGER and Elevate blend robotic and wheeled locomotion technologies, allowing them to traverse terrain beyond the limitations of even the most capable off-road vehicle.

The showcase video of TIGER X-1 is available at Group’s official YouTube channel. 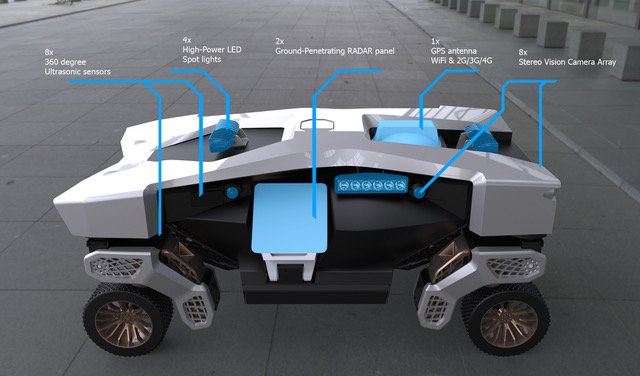