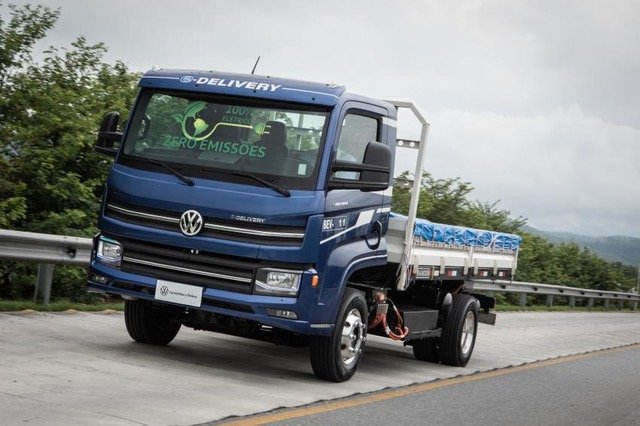 Volkswagen Commercial Vehicles South American division Volkswagen Caminhões e Ônibus, is a provider of light- to heavy-duty trucks and bus chassis, customized for markets such as Latin America and Africa. The commercial vehicle brand has a comprehensive sales and service network in Brazil and its neighbouring countries.

A milestone in international engineering occurred with the launch of the first electric truck, the Volkswagen e-Delivery, 100% developed in Brazil. It involved the expertise of more than 150 Brazilian professionals dedicated to the project, over four years of development, with an investment of over R$ 150 million to make the first 100% electric truck produced in Brazil feasible.

e-Delivery faced more than 100 different types of tests for a safe and responsible introduction, facing severe tests on special tracks, in addition to immersion simulating flooded areas. In this journey, which ranged from extreme temperatures of -20°C to +55°C to electromagnetic interference assessments, they covered the equivalent of about 400,000 kilometers to prove the vehicle’s efficiency and reliability in all types of conditions.

Behind all this research and development was the largest fleet of electrical prototypes tested in Brazil, running in three shifts a day, seven days a week, and with a team of about 50 professionals directly involved in the tests for its execution, data acquisition and evaluation of results.

Tests inside and outside the factory

To enrich the result, the e-Delivery trucks travelled routes around the city of São Paulo, and in the region of the plant in Sul Fluminense, under real traffic conditions. Further field simulations took place at VWCO’s global e-Mobility center, located at the factory in Resende (RJ).

Due to its electronic architecture superior to that of a diesel-powered vehicle, the VW electric truck was subjected to a specific analysis to ensure that there was no electromagnetic interference in the model’s electronics.

In addition, numerous safety and specific tests for the vehicle’s high voltage systems have been developed following the strictest international standards. The VWCO electric has also undergone traditional development, durability and performance tests, just like any new model from the brand. 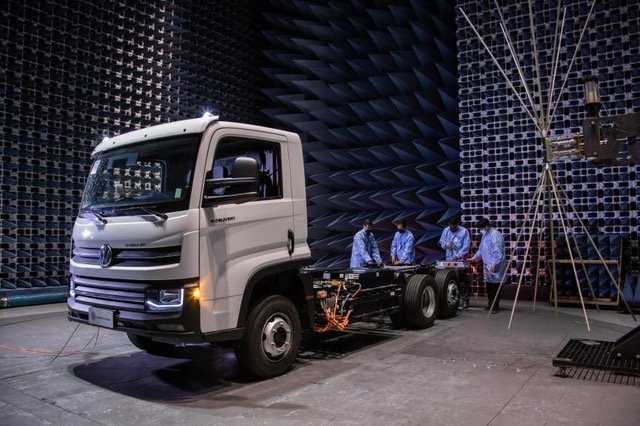