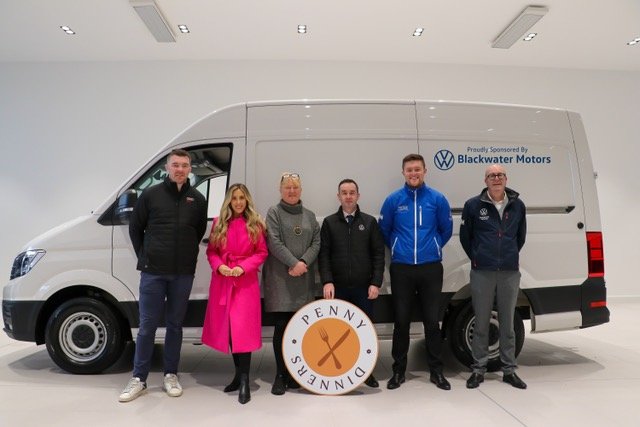 The Blackwater Motors Group is about to donate a 231 reg Volkswagen Crafter to Cork Penny Dinners in order to assist the charity in carrying out much-needed duties in delivering food parcels to those in need around Cork City & County.

As well as the donation of the Crafter, the Blackwater Motors Group is coming together for the second year, to run a food drive appeal in all of their dealerships across Cork city and county. The drive commenced on Friday, 2 December and continues until 20 December, with staff members, customers and the general public being asked to drop non – perishable items at any of the dealerships which will then be redistributed to Cork Penny Dinners during Christmas week.