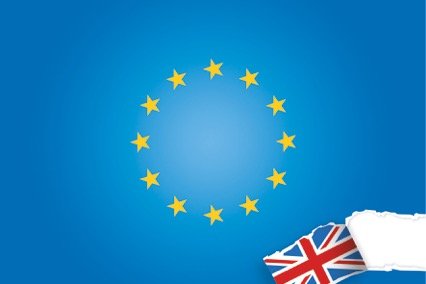 The CEO of the Irish Exporters Association (IEA) Simon McKeever has welcomed today’s announcement that EU and UK negotiators have reached an agreement on a trade deal. The news will come as a relief to exporters and importers on both sides, that were facing the prospect of operating under World Trade Organisation (WTO) rules with the imposition of tariffs and quotas on EU and UK goods.

The CEO of the leading representative body for exporters in Ireland, has warned that while reaching a deal is significant, it does not change the fact that Customs and SPS checks will be applied from 1st January 2021. Substantial changes will be evident a week from Friday, and Irish exporters and importers must stay on track and make the necessary preparations to successfully trade with a non-EU country.

Irish Exporters Association Chief Executive, Simon McKeever said: “The Irish business community held out hope that a deal would eventually be agreed, and I would like to commend all involved in getting this long awaiting agreement over the line. Irish exporters, that have operated under turbulent and uncertain conditions for some time, will breathe a sigh of relief that a no-deal Brexit has been avoided.

Today’s announcement means that Irish exporters and importers will not have to operate under cumbersome and very expensive WTO rules, however there will still be changes and increased costs to trade and I want to make sure that businesses are not blind sighted by today’s important announcement and disregard preparations already made. Customs and SPS checks will still take place and businesses must be ready.

I have repeatedly cautioned about the use of the landbridge after 31st December Recent events in Dover have given us a preview of what to expect and I therefore must, now more than ever, urge all traders to use direct shipping routes to and from the continent and avoid the landbridge, where possible.

The Irish Exporters Association remains available to our members to work through what will still be a very challenging time when the UK’s transition period comes to an end on December 31st. Exporters have prepared for the inevitable customs formalities and SPS checks and I have every confidence that traders will rise to meet the challenges ahead.”

After many months of uncertainty, the announcement that the United Kingdom is to leave the European Union with a deal comes as welcome news, according to the Road Haulage Association (RHA) in the UK.

Commenting, RHA Chief Executive Richard Burnett said: “There are, of course, many details to be finalised and confirmed but UK traders and hauliers, dependent upon trouble-free access to the Irish Republic and continental Europe will still be hit by vast amounts of new paperwork processes and of course border checks.

“What we do know is that there will be no 10% tariff on new lorries and that is both welcome and a relief..

“However, with only one week to go until the transition period ends on 31 December, it’s essential that we have a six-month implementation period. The British economy cannot afford for UK and EU hauliers and traders to begin 2021 with an ill-prepared journey into the unknown.”

PICTURE OF THE WEEK – IKEA packs its lot with BYD...