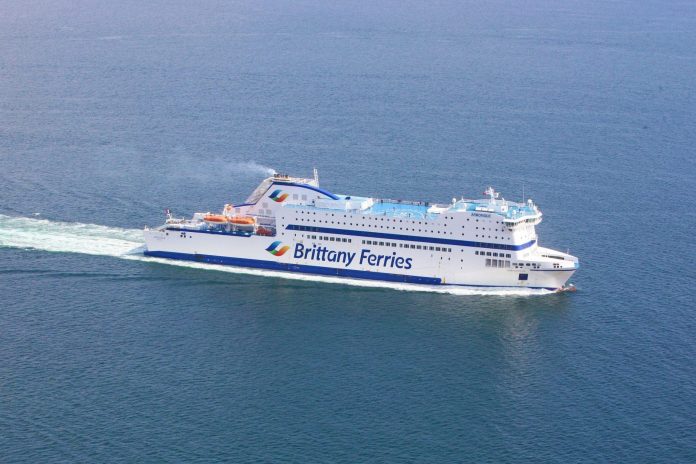 On Thursday evening, 4 February, the Brittany Ferries cruise ferry, Armorique, will sail from Rosslare on the first leg of a new route pattern that will link the ports of Rosslare, St. Malo, Cork and Roscoff each week, writes Howard Knott.

The schedule includes two calls each at Roscoff and Cork and one weekly at St. Malo and Rosslare. This rotation is planned to remain in place until 21 March  when the already announced Roscoff/Cork summer schedule is planned to kick in. The Summer services are very much passenger-orientated and due to current COVID-19 travel restrictions and may be subject to alteration.

The Armorique has a trailer capacity of 60-70 units and cabin capacity to allow each driver single occupancy. Operating into the two major Ferry ports in the Brittany region, the new connection will enable Irish based international hauliers to easily access Western France and the Spanish Border. Paris is 4 hours, 20 minutes away from St. Malo while Roscoff can be reached in just over two hours. Among the traffics that will be facilitated by the new services is seafood destined for the French and Spanish markets. Brittany Ferries’ subsidiary, Condor Ferries operates regular services to the Channel Islands from St. Malo.

DFDS has introduced the ferry Drotten, a sistership of the Visby which is already in the service to its Rosslare/Dunkirk service. The Optima Seaways has been returned to her previous Scandinavian service. Though the Drotten has a smaller garage capacity than Optima Seaways she has a lot more passenger cabins, giving greater driver-accompanied transport capability.

Irish Ferries report strong traffic aboard the Isle of Inishmore operating the Rosslare/Pembroke route. The Company will publish its forward schedule for Dublin/Cherbourg sailings within the next day or two.