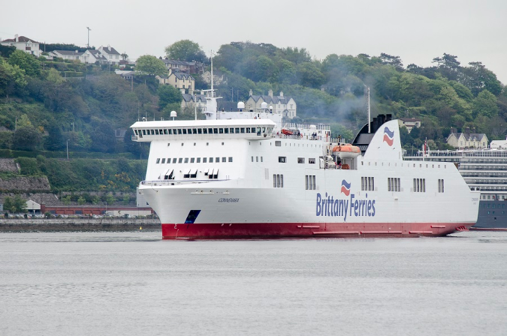 Brittany Ferries has announced that due to the current travel restrictions, its flagship passenger service out of Cork to France will not now resume at the end of March as planned. The service will be kept under review and it is anticipated that services will recommence in mid-May. Freight only sailings out of both Cork and Rosslare will continue as scheduled.

The move follows the continued stringent travel restrictions for passengers with only essential travel. The decision by Brittany Ferries also sees the continuing suspension of a number of their other passenger services between the UK, France and Spain.

In the coming days, Brittany Ferries will contact customers who hold bookings on affected sailings, to offer alternative travel or a refund.

“Naturally we very much regret any inconvenience that these changes will cause our customers,” said Christophe Mathieu, Brittany Ferries’ CEO. “We had hoped for a return to service for all our routes in mid-March, but the reality is that most people are simply unable to travel at this time. Booking levels are extremely low and we are relying on loans to carry us through this difficult period. It is therefore simply not viable to run loss-making routes at this time.”

“But we continue to monitor the health and travel situation in all our markets – UK, Ireland, France and Spain. As soon as our customers can travel again, we will be there for them. We are also pushing governments to set out a pragmatic, co-ordinated and clear roadmap to safely re-open travel as soon as the health situation permits. We believe that the ramp-up of vaccines means that this re-opening could be considered sooner rather than later.”

Brittany Ferries says it will remain a predominantly freight-only service for now. However, while it thanks all freight customers and drivers for their support during the crisis, only 20 per cent of its annual turnover comes from freight traffic. Around 80 per cent of annual income is generated by holidaymakers.

In 1967 a farmer from Finistère in Brittany, Alexis Gourvennec, succeeded in bringing together a variety of organisations from the region to embark on an ambitious project: the aim was to open up the region, to improve its infrastructure and to enrich its people by turning to traditional partners such as Ireland and the UK.

In 1972 BAI (Brittany-England-Ireland) was born. The first cross-Channel link was inaugurated in January 1973, when a converted Israeli tank-carrier called Kerisnel left the port of Roscoff for Plymouth carrying trucks loaded with Breton vegetables such as cauliflowers and artichokes. The story therefore begins on 2 January 1973, 24 hours after Great Britain’s entry into the Common Market (EEC). From these humble beginnings however Brittany Ferries as the company was re-named quickly opened up to passenger transport, then became a tour operator.

Today, Brittany Ferries has established itself as the national leader in French maritime transport: an atypical leader, under private ownership, still owned by a Breton agricultural cooperative. Eighty five percent of the company’s passengers are British. Around 210,000 freight units are carried each year.