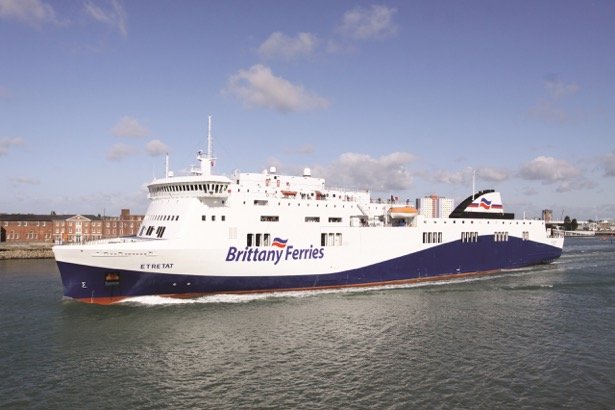 Brittany Ferries has announced the launch of a once weekly Rosslare/Cherbourg/Rosslare service commencing 22 March 2021. This is scheduled as a seasonal service running through to end October and will replace the current Rosslare/Roscoff/Rosslare operation.

The vessel Etretat, which takes over operation of the Rosslare/Bilbao service from her sister ship Kerry from 1 November 2020, will sail from Rosslare on Monday evening at 20.00, arriving at Cherbourg on Tuesday at 14.00, before departing again at 16.45 for Rosslare where she will berth at 08.15 on Wednesday morning. She will then resume her twice weekly, Rosslare/Bilbao rotation.

Stena Line is expected to continue to operate its year-round three times weekly Rosslare/Cherbourg service with departures from the County Wexford port on Tuesday. Thursdays and Saturdays. Irish Ferries is expected to continue to run a similar schedule to that operated by Stena on its Dublin/Cherbourg service but, switching to a seven times a fortnight rotation during the tourist high season.

Brittany Ferries already operate regular ferry services to Cherbourg from Poole and from Portsmouth. The Company is also supporting Cherbourg Port owner, Ports of Normandy, in their project to develop a new rail terminal located alongside the Port’s ferry berths. Some EU funding is also being provided as a part of the “European Year of Rail” series of measures, and the terminal will accommodate trains of up to 750 metres in length.

Terminal completion is expected by April 2021 and Brittany Ferries then plans to operate a daily intermodal train service to Bayonne, close to the Spanish border. The ‘LOHR’ intermodal loading/discharging system will be used and this will allow trailer to be rolled on and off the train rather than being lifted as is done elsewhere. Later in 2021 the company expects to commence a similar service to Sete on France’s Mediterranean coast to enable trailers from Ireland and Britain to access services to North Africa and other Mediterranean ports. Howard Knott