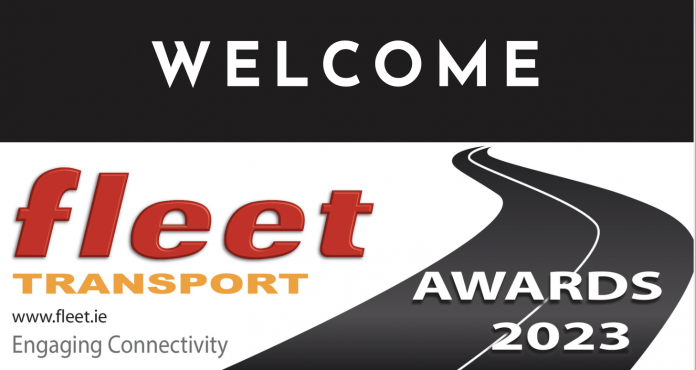 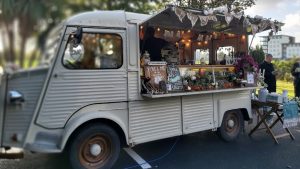 Check out the Fleet Transport Awards Exhibition Arena .. have a cup of coffee and network!

Lining up at the Fleet Transport Awards Exhibition Arena at the Johnstown Estate Hotel on Thursday 10 November is a whole host of new vehicles, many making their first public appearance in Ireland.

Ranging from vans to trucks to trailers, and to electric to diesel power, there is lots for visitors to see from the display and maybe get the opportunity to slap hands and do a deal or two! 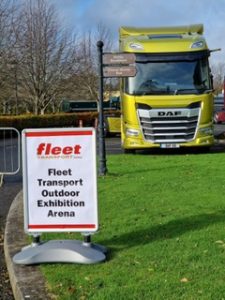 Located at the hotel’s three main car parks, sees the New Generation DAF XD series, topping the bill, which has just been awarded ‘International Truck of the Year 2023’. This accolade marks two-in-a-row for DAF Trucks, as this time last year, the New Generation DAF XF, XG & XG⁺ series for long haul and heavy transport was elected ‘International Truck of the Year 2022’, examples of same are on show in Enfield. Summing up the jury vote, International Truck of the Year Chairman Gianenrico Griffini commented: “With the introduction of the new XD series, DAF has delivered a state-of-the-art distribution truck that sets a new benchmark in its class. The truck range significantly improves direct and indirect vision thus safety, a key factor for distribution vehicles. Also, the vehicle’s efficiency and driver comfort are introducing a new standard in this segment.” 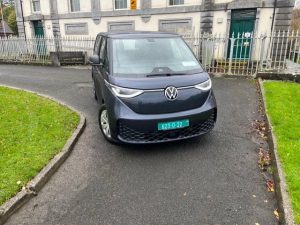 Helping to create a big buzz in the business end of the event is the launch of the all-new Volkswagen ID. Buzz Cargo, recently crowned International Van of the Year 2023. The ID. Buzz is the first of a new generation from Volkswagen Commercial Vehicles – in terms of innovation and design.

Be the first in Ireland to experience this icon built for an electric age. Explore the look and feel of the ID. Buzz interior and exterior, see the new levels of spaciousness first-hand and hear about all of the features and benefits that the ID. Buzz holds from the Volkswagen Commercial Vehicles Ireland team present.

From IVECO dealers Long Haul Commercials, have brought along a rather unique Iveco X-Way 8x2x6 (2+2) multi-axle rigid, with Active Space Day cab, specified as a special order from a customer. It features the FPT Cursor 13 Litre 530 hp Euro6D engine, mated to a ZF Hi-TroniX 12 speed gearbox with creep mode and rocking mode. 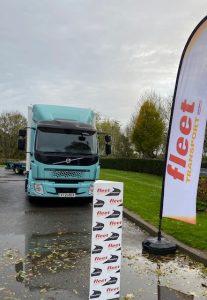 Another new arrival to these shores is the newly refreshed FUSO Canter, with the 3S13 model, fitted with a three-way tipper body featuring in the dedicated exhibition area. 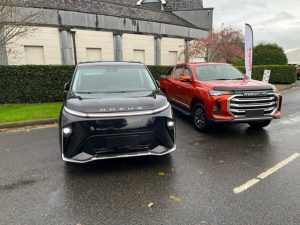 Harris Auto, the latest from the expanding Maxus line-up is showcased with two new all-electric models, the MIFA 9 MPV and T90EV pick-up truck.

Visually impactful, the MAXUS MIFA 9 7/8-seater boasts a range of up to 520km on a single charge, from its 90kW battery pack and 180 kWh/350Nm motor with the MIFA acronym reflecting the vehicle‘s key attributes: Maximum, Intelligent, Friendly and Artistic.

This is the first car built on the MIFA platform by Chinese auto manufacturer SAIC.

The new MAXUS electric pick-up is the EV version of the MAXUS T90 is available to order, with delivery in Q1 2023. Perfect for both on and off-road driving, the MAXUS T90EV is equipped with a high-level spec and contemporary and stylish interior. With a range of 354 kms and a payload of 1,000kg the visually sporty exterior is complemented by a modern interior with a 10.25-inch digital touch screen instrument cluster providing a minimalist look. The T90EV is roomy thanks to a neat dashboard design and floor console, making more room for both occupants and storage.

From Dennehy Commercials, a selection from new MAN and Renault Trucks sales are on display featuring hi-spec bodywork. 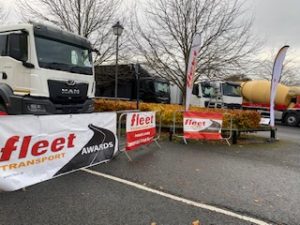 In addition, a selection of trucks for the Fleet Transport Irish Truck of the Year Awards will be represented by DAF, Iveco, MAN, Mercedes-Benz, Renault, Scania & Volvo in the two categories – Best Fleet Tractor-unit and Best Construction truck. The winners will be announced later that evening at the Fleet Transport Awards Gala Dinner.