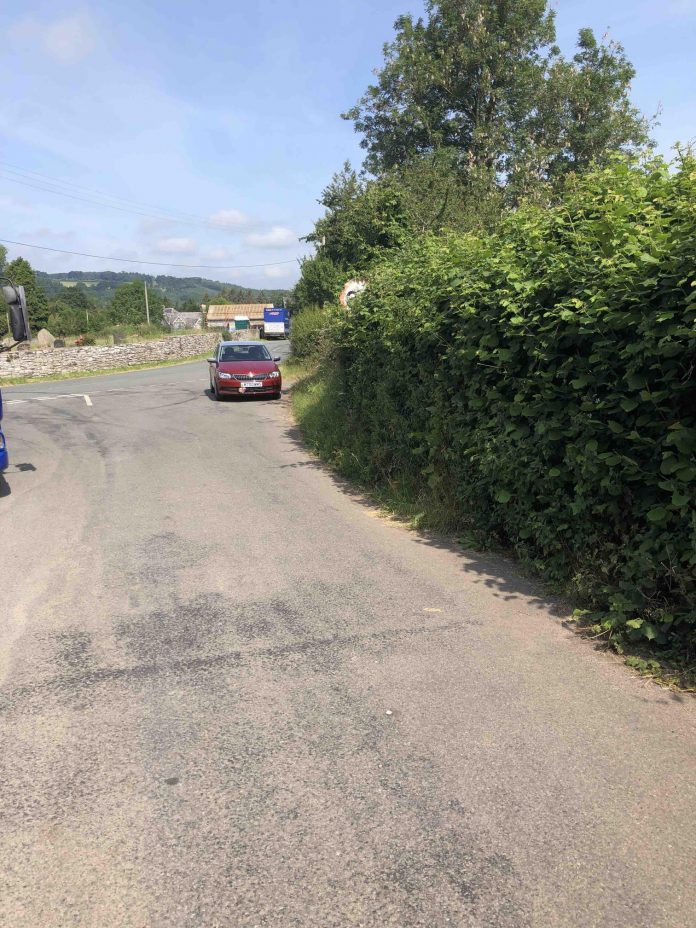 Road Safety organisations calling on Local Authorities to tackle the present dangers of road signs obscured by overgrown bushes and foliage, have been upstaged on the decision by Heritage Minister Josepha Madigan not to proceed with Regulations which would allow hedge cutting in August this year and has been welcomed by other parties.

Obscured road signs are at best a nuisance for drivers, and at worst can be misleading and dangerous, according to road safety campaigners. In addition, HGV drivers have to manoeuvre cautiously at these junctions and along these narrow roads in order to protect the exterior mirrors and the body side panels of their trucks and trailers.

The Heritage Act 2018 allowed the Minister the discretion of permitting hedge cutting on a trial basis in 2019 and 2020. The passing of this Act through the Oireachtas in 2018 was seen as a blow to nature conservation in Ireland, and was opposed by numerous Irish environmental organisations, such as An Taisce. “Hedgerow cutting in August impacts negatively on late-nesting bird species, such as the endangered Yellowhammer. August hedgerows also provide food sources for pollinators, such as wild bees and butterflies, in addition to mammals,” commented the environmental organisation.

“To allow this regressive legislation to be enacted at this time when global biodiversity loss is increasingly recognised would further endanger our threatened habitats and species. To allow hedge cutting in August would directly contradict the recent declaration by the Government of a biodiversity emergency.”

“Road signs provide vital orders and information for drivers, who choose their speeds and actions based on what the signs tell them. If they can’t see the signs, then their ability to make safe decisions is compromised, especially if they’re on unfamiliar roads. Cutbacks of trees, bushes and branches are essential during the Summer, as peak growth happens then, so that speed limit and other signs are made as clear as possible to everyone using their roads,” said a concerned road safety officer.

Drivers are encouraged to report obscured road signs to the appropriate Local Authority so that the pending danger can be eliminated.