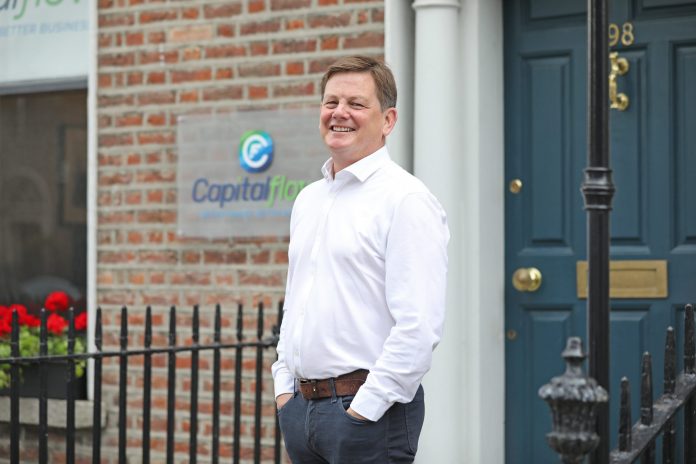 Ronan Horgan, Capitalflow CEO commented on the acquisition: “We had interest from a number of potential suitors and over the past six months we have actively engaged in a due diligence process with a NeoBank named bunq. Bunq bank launched in 2015 and it has grown its deposit base to over €1billion. Unlike other digital banks, bunq charges its customers for the use of its services so it has taken a different route to market than most of the others by charging a premium for its products and services. Bunq believes that the Capitalflow brand and position in the market would be a great addition to its business and it will accelerate the bank’s route to profitability quicker. By selling Capitalflow to bunq and committing further equity to bunq, Pollen Street Capital (‘PSC’) becomes a shareholder in the bank. From Capitalflow’s perspective we become a wholly owned subsidiary of bunq and we can avail of its competitive funding through its deposit base. Our intention is to scale our business over the coming years and be a credible alternative business lender to the pillar banks. We have invested heavily in a digital platform over the past 18 months that will allow us to scale, and we hope in time to add further products in time.

We believe Capitalflow can become the go to digital business lender  in Ireland in the next few years and that we can offer choice to over 200,000 business customers operating here. Many of the team in Capitalflow worked with me in Bank of Scotland Ireland and it was a very sad day when the bank announced its exit in 2010. We had a burning desire to re-establish ourselves again and to learn the many lessons from the financial crisis. We now have a huge opportunity to do just that  and to make sure we have the right Governance structures in place with the right culture to make sure we are successful for many years to come.”

Established in 2016 and led by Ronan Horgan, Capitalflow is Ireland’s fastest growing Business specialist lender. Partnering with Irish SMEs and Property Investors, Capitalflow provides flexible finance options through its digital platform to companies looking to grow and scale their business. Headquartered in Dublin, with offices in Santry and Baggot Street, the company employs 60 experienced decision makers and it has advanced over €650 million in facilities to a broad range of SMEs across all sectors since formation.

bunq was founded in 2012 by Ali Niknam (1981), who managed to get the first European banking permit in over 35 years. He set out to radically change the traditional banking industry and, as its sole investor, invested €98.7 million in bunq. bunq’s latest publicly available number of user deposits reached €1 billion, based on the deposits in April 2021. The total amount of user deposits has doubled both in 2019 and 2020 and is increasing every day.

In 2021 bunq secured the largest series A round ever raised by a European fintech. In a deal with British private equity firm Pollen Street Capital. The challenger raised  €193 million, as the company’s valuation soared to€1,6 billion. Additionally, bunq reported its first-ever profitable month. The first external capital it now raised will enable bunq to further expand through Europe and to continue to incorporate M&A as a business growth strategy. As part of the deal, bunq acquired Capitalflow Group, a privately held Irish Lending company with deep ties with the Irish community.