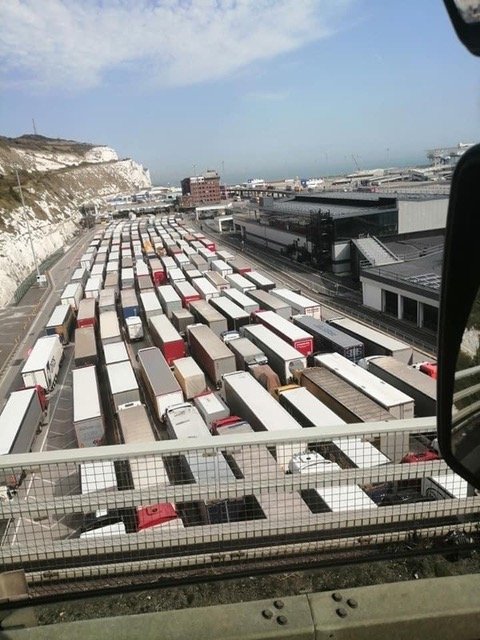 With Christmas only 40 days away and the Brexit transition period ending only 6 days later, UK road freight operators have more than enough to think about. The last thing they need is the current challenges at Suffolk’s Port of Felixstowe.

Commenting, Rod McKenzie  Managing Director for Policy & Public Affairs for the Road Haulage Association said: “Managing Britain’s biggest and busiest container port is a massive logistical challenge at the best of times but since the implementation of nGen, Felixstowe’s own terminal-management platform back in 2018, productivity has dropped considerably. Not because it’s a bad system but because it was given insufficient time to ‘bed in’. This a very serious problem which could have a critical effect on Christmas. The port’s behaviour is monopolistic with a focus on its own interests not its customers. Urgent change is needed and its current moribund management approach has to end fast. Some lorries are facing outrageously long delays accessing the port.”

A combination of the poor performance of nGen, Christmas, COVID-19 and the end of the Brexit transition period at the end of the year have created the perfect storm. To clear the backlog and get on top of the situation will take at least until the first quarter of 2021. The Port of Felixstowe must be far more transparent and increase communication with its key stakeholders; the shipping lines and the hauliers. The RHA, as the organisation responsible for thousands of haulage operators, many of whom service the port on a regular basis, is keen to do all it possibly can to help.

The current situation cannot continue. Shipping lines cannot offload containers because of lack of space and are having to re-route to other ports, including those based in mainland Europe. This just adds to further instability at other ports and adds to the cost for importers and of course hauliers.

Of particular concern are 11,000 containers of PPE ordered by the government. They should be reaching the hospitals and healthcare workers that need it  – not sitting on a Suffolk quayside because they can’t move.

Hauliers and traders in certain sectors are already facing financial ruin as a result of the second lockdown. Although due to end of 2 December, the three week period between then and Christmas is simply not enough to recoup their losses.

This untenable situation must be resolved as quickly as possible. Container Tetris is the one game we certainly don’t want to be playing this Christmas.