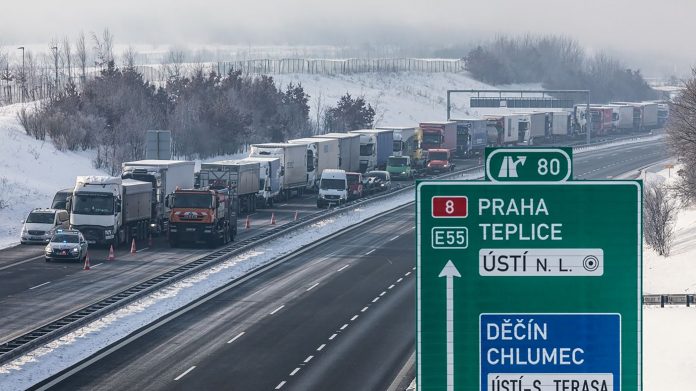 On Friday, 12 February 2021, Germany officially reclassified the Czech Republic into a group of Coronavirus-19 mutations with effect from midnight from Saturday to Sunday last, writes Milan Olšanský, ITOY.

This meant that even freight drivers, who had some freedom to date, had to report every trip to Germany via the registration system and had to have a negative test for Coronavirus under 48 hours. This also applies to drivers coming from Slovakia or Austria, who have been reassigned together with the Czech Republic. Driving is prohibited on Sunday, so many problems were expected from Monday at all border crossings between the Czech Republic and Germany. Drivers without the required registrations or tests have to enter huge queues as the German control system investigate everything very closely. The Czech Ministry of Health has issued a decree banning entry into the Czech Republic of all foreign drivers transiting to Germany who would not have a negative test under 36 hours. This should reduce the hassle and convoys ahead of the border with Germany.

Since Monday morning (February 15, 2021), the laden trucks have been standing in a multi-kilometer queue on the borders of the Czech Republic, waiting to be admitted to Germany with a negative test. In the severe cold, many drivers are standing in droves in front of makeshift test centres, and if they were healthy until now, they would either catch a cold or finally catch the virus. It was completely unrealistic for transit drivers from abroad to test themselves within two days of the announcement of the measure. Bulgarian or Romanian drivers transit through the Czech Republic for several days. A similar ill-conceived measure introduced by France before Christmas has shown that truck drivers with a minimum of contacts are not part of a suspect group. Of the 33,000 tests carried out before leaving Britain, only 102 were positive. The experience of the hauliers over the weekend, when they were looking for tests for drivers, said that the positivity is minimal, below the level of one percent. The truck driver meets only a few people a week on his journey and strict measures are followed everywhere. It does not make sense for their entry into the country to be conditioned by a negative test. It makes no sense at all for transiting vehicles. The network of test points in the Czech Republic is bursting at the seams, it is not possible to register for the next few days. 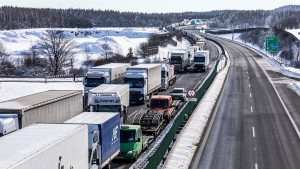