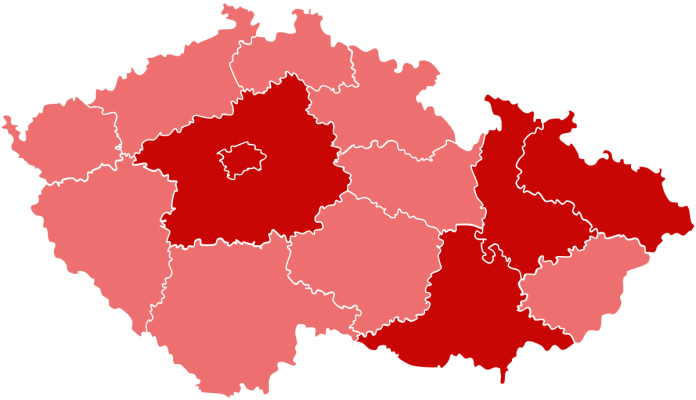 At motorway border crossings long queues of trucks formed. There are regulations in place regarding entry of trucks except those transporting food and animals on the border with Slovakia as a result of huge delays on the borders of Slovakia and Hungary.

Hungary  closely controls all truck movements. Professional associations such as Česmad Bohemia warn that without the assistance of the State, freight transport in the Czech Republic will collapse.

The government is considering measures to ease the owners of transport companies, considering introducing state guarantees for the payment of diesel fuel with a credit line of up to 180 days. The Treasury is considering a program of assistance by stopping mortgage and loan payments. In the meantime, a number of transport companies have lost their agreed customers and are parking up their vehicles, depositing their license plates.

Massive amount of lay-off among drivers is being considered. Drivers themselves do not feel any change in their work – if they have it. At the delivery points they do not get in contact with other people, often do not get out of the vehicles. Other than border crossings they have no other big problems. They can cope with closed roadside service stations abroad, they cook themselves, and stay in their trucks. Traffic police deal with offenses by appointment rather than by fine. It is a requirement by the Ministry of Health to wear a mask or other protection of the mouth and nose, even in the vehicle despite the fact that the driver is traveling alone.