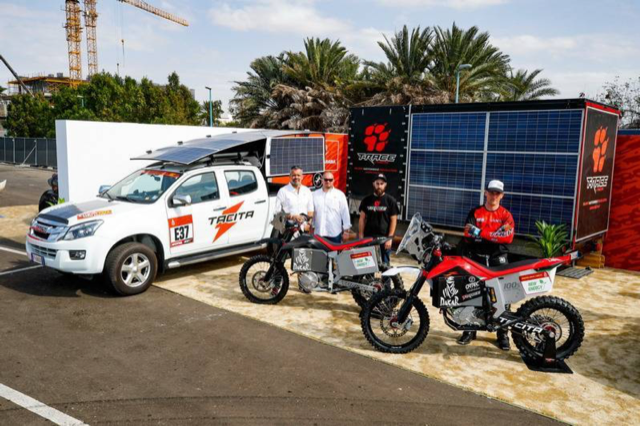 The Dakar Rally, the world’s toughest cross-country marathon has always been a particularly demanding laboratory for constructors looking to innovate. As a natural progression and in meeting current trends,  the annual rally acts as an exceptional test bench for hybrid and electric vehicles. In the future, they are likely to be the focus of high level competition once special distinctive categories have emerged in the discipline.

Three years ago, the pioneers of the Acciona team led the way by completing the Dakar with a 100% electric vehicle. Though they finished in last place in the general standings (60th), the Argentinean crew of Ariel Jatón and Tito Rolón managed to reach Buenos Aires after 9,000 km of roads and tracks, seeming to inspire on the way other pretenders for an electric adventure. While they have not yet brought together all the technical ingredients to take a full tilt at competing in the race, two projects in progress were presented at the Dakar 2020 in Saudi Arabia. The Spark Racing Technologies team were in Jeddah to show off its first version of an E-SUV named Extreme-E Odyssey 21, which is likely to be disputing rally-raid competitions in the medium term. Similarly, an electric bike being prepared by the workshops of electric specialists Tacita aim to enter the Dakar 2021. Both projects were invited to carry out demonstrations, , at the start of the rally in January at the Qiddiya Grand Prix for the end of the competition on 17thJanuary.

In the meantime, Gert Huzink’s was behind the wheel of a hybrid Renault race truck (number 507) prepared by his team Riwald, a Dutch firm specialised in recycling of waste and materials. The team has ambitions of putting one of its trucks on the category’s podium within the next three years!

Background: the pioneers in this domain, with two unsuccessful participations in 2015 and 2016, then a completed rally in 2017 with the Argentinean crew of Ariel Jatón and German Rolón.

Background: the workshops of Spark Racing Technologies took the plunge into the electric adventure by designing single-seaters for all the teams participating in the Formula-E championship for its first season in 2014.

Background: Italian constructor Tacita, founded in 2009, managed to prepare a fully electric prototype to take part in the Merzouga Rally in 2012, which was a world first.

Background: the Riwald firm, which has been involved in the Dakar for several years now, is among the leaders in the Dutch recycling industry. It is counting on its rally-raid team to extend its commitment. 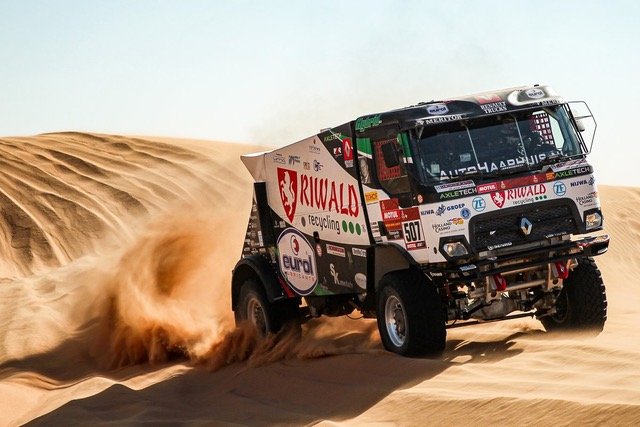