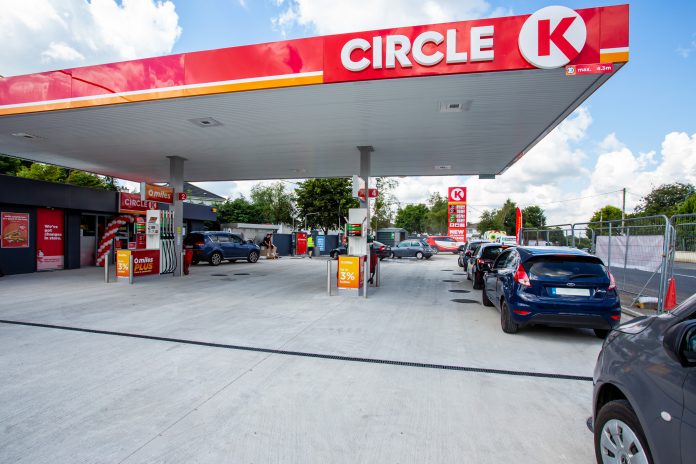 Circle K has teamed up with social media star Darren Conway to find Ireland’s most unique deli order, with a prize of six months of free Circle K deli food up for grabs

Calling all deli aficionados! From a Breakfast Roll to Katsu Chicken Roll, the Circle K deli has it all. And now, the nation has been asked to share its unique deli orders! Do you have a favourite order at the deli counter, such as tuna and tomatoes, chicken fillets and curry sauce, sausages and taco sauce, or bacon and coleslaw? Circle K, Ireland’s leading forecourt and convenience retailer, has launched a competition to find the nation’s most unique deli order of all and has enlisted the help of sketch comedian and social media star, Darren Conway.

To win a delectable prize of six months of free deli food1 from select Circle K stores, excluding Circle K Express, all the public have to do is share details of their unique deli order under Darren Conway’s post about the competition, from rolls and wraps to salads and sandwiches. It’s as simple as that! With a staggering 15,000 possible combinations available in the deli range, whatever their favourite deli order might be, the public will find exactly what they’re looking for at select Circle K stores.

Judy Glover, Senior Market Director, Circle K Ireland commented on the new competition: ‘We know the Irish public are a dab hand at making their own unique creations, and with over 15,000 combinations to choose from at Circle K deli counters nationwide, there is sure to be some very unique deli orders out there.

With the support of self-confessed deli aficionado, Darren Conway, we’re calling on the people of Ireland to tell us their most unique deli orders for the chance to win six months’ worth of Circle K deli food as well as having their order immortalised on Circle K’s Instagram page for everyone to see. We look forward to seeing the public’s entries and crowning the winner’.

Darren Conway added: ‘I’m always at the deli in my local Circle K, their food is delicious and they’ve more choice than anywhere else. I’m a bit of a deli menu renegade and make my deli order exactly the way I want it, so I was delighted when Circle K asked me to help find a like-minded deli fan. Keep an eye out on my Instagram page in the coming weeks where I’ll be sharing details of my own favourite deli combo, and I look forward to hearing what some of the nations are too!’