It is looking likely that the country will have a newly formed Government by the end of the month, albeit with a very strong ‘Green’ base. All through the formation talks there was a lot of emphasis on the challenges that agreeing transport policy presented. These reports naturally made truck and bus operators nervous. Are they right to be nervous or should they embrace the challenge?

Are the Green Party members politicians or an enthusiastic pressure group? Will they be able to follow through as pragmatic policy makers or will they bail out at the first sign of pressure?. It is clear they have negotiated a very clear and tough set of policies from an environmental point of view. On reading the document, it is difficult to dispute its contents. There are other progressive issues outlined in the document on many levels other than the environment. From listening to experienced politicians some are more nervous of green politicians than that of their policies. Although not transport related, the first big casualties or victims are the people of north Kerry and south west Limerick, as the proposed new LNG Gas Plant is no more. People in that area felt they were getting an industry that would have replaced the Tarbert Power Generating Station in terms of quality jobs, and their kids had a chance to have secure employment. So, how come there was no trade off, even a transfer of a Government Department to the area as a replacement.

In terms of transport there are some good proposals and if this new Government gets going, and everybody wants that, the die is cast and we must see how it pans out. Certainly the road haulage sector will be happy with the review of the industry and a blueprint for the next ten years. The doubters will say, we have had enough reports, let’s see action and of course, they are right, but let’s give it a chance. It is vitally important that the road haulage industry is part of this discussion, rather than spectators.

For coach and bus operators it seems there will be great opportunities for growth as Local Link, Bus Rapid Transit (BRT) systems and Bus Connect will all be introduced and expanded it in urban areas and rural areas. One line in the programme stated that there will be a review of the school transport network, could this mean that the current contract would be put out to tender?

Although the Green Party may not get a turn in the Taoiseach’s office, they have a lot of authority and power in this new Government, assuming it is formed. There will be need for as much pragmatism as action, let’s hope they know the difference. If my Grandmother were alive today, she would be 117. As I child I remember she had the same shopping bag for years, she fed scraps from the dinner table to the hens and she darned my Grandfather’s socks. Green Party activists are right to highlight the need for recycling and sustainability, but they did not invent it. 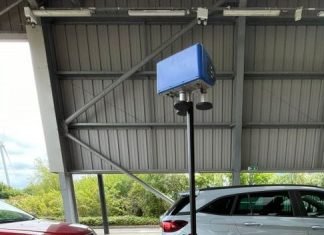 Can’t transition fleet to electric yet? – Goodyear explains how to...